Is customary law still applicable in succession to property? 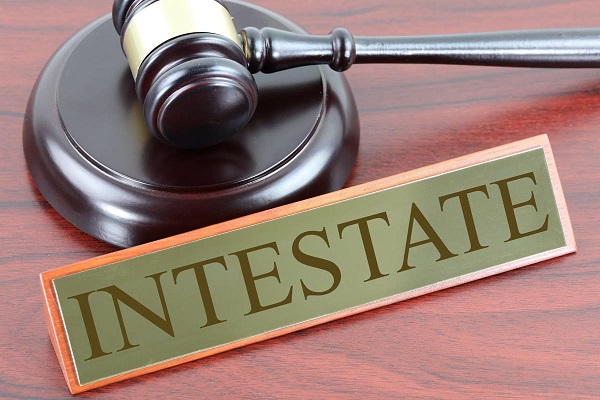 DEAR mirror lawyer, my father Kwaku Dapaah died in 1967 without a will, and was succeeded by his younger brother, Kwodwo Dapaah.

My father was survived by a widow Abenaa Kumiwaa and three Children, myself (Yaa Dapaah), Adwoa Konadu and Kwame Dapaah.

Our father put up a seven-bedroom apartment which housed the family and a few paternal aunties. After my father’s demise, our uncle Kwodwo completed the building in 1970 apportioned it among the maternal family, widow and children and himself (the successor).

My uncle allowed all of us to live with him in the house until 2016 when he asked all of us the children including my mother to pack out. My uncle is now occupying the property with his children and grandchildren.

Lawyer please can my mother not sue to recover the property? Is customary law still applicable in succession to property? Please help me.

Dear Yaa, a Customary Successor is a person duly appointed by the deceased’s family in accordance with the customary laws of that community to succeed the dead person by carrying out all the customary duties and responsibilities he would have borne if he were alive.

In some communities, this role varies depending on whether the community inherits matrilineally or patrilineally.

Under article 11(7) of our constitution, customary law is recognised as part of the laws of Ghana and to that extent any role that a person is required to play by custom which does not contradict any law will be recognised by the courts.

The law has changed over the years and currently under the Intestate Succession Law, 1985, PNDC Law 111, the devolution of property of any person who dies intestate (without leaving a valid Will), has whittled down the power of the customary successor.

Since your father died in 1967 and his properties were distributed in the 1970’s by your uncle the customary successor, the law that will be applicable to his estate will be the law in force before Law 111 was passed in 1985.

Apart from Ghanaians married under the Ordinance where the English Statutes of Distribution applied, succession to property of the Ghanaian was regulated by the community where a person hailed from and the system of inheritance applicable. There were two main systems of inheritance - Matrilineal and Patrilineal.

To answer the question whether or not the property has now become your uncle’s personal property, my answer will be not at all. In fact, from the courts’ decisions on the subject, a customary successor holds the property of a deceased intestate in trust for the family.

Further, the successor who has inherited has only a life interest and upon his passing cannot under any circumstance transfer that interest to his children.

What about you your father’s children? Can you as children go to court to recover your share in the intestate property? In answer to this question, again, it is important to reiterate that given the time your father died, and given that he did not leave a will, his customary law will determine how his self-acquired property will be shared.

In the case of Amissah-Abaidoo v Abaidoo (1974) 1GLR the Court held that: “Customary law did not only recognise the rights of children but also the widow to live in the deceased husband’ self-acquired house during widowhood, the defendant although married under the ordinance was a person subject to customary law and a widow in the eyes of customary law.

She and her children therefore had a possessory life interest in such self-acquired house, which was only subject to the title of deceased’s family but took precedence over it”.

Under Ashanti customary law, children cannot inherit the property of their father because they are not considered to be part of their father’s family. Children, however, have a right to live in their father’s house subject to good behaviour. Your uncle can only succeed in an action for ejectment if he can prove that you and your siblings have misconducted yourselves one way or another.

Finally, let me add that litigation is usually just one of the means. We advise that in family matters litigation should only be used as a last resort. There are other healthier alternatives in resolving family disputes.

One of these is negotiation which is a form of dialogue and mediation.

These are both classified as part of the Alternative Dispute Resolution (ADR) mechanism. These processes seek to find solutions to common problems without resorting to litigation.

I wish you the very best.