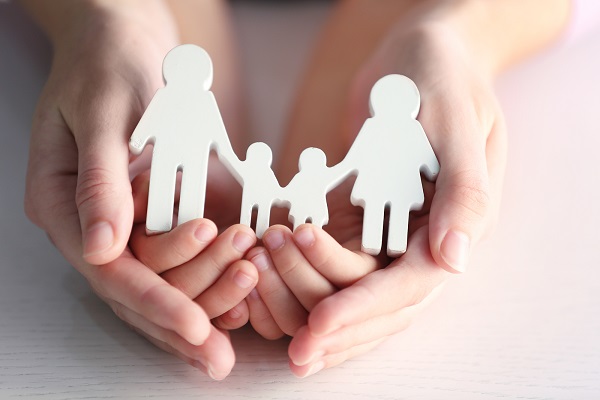 ADOPTION is an alternative path to parenthood Follow @Graphicgh

ADOPTION is an alternative path to parenthood. However, according to Dr John Boakye, a counsellor, most couples in Ghana hardly consider that option out of the fear of being ridiculed or mocked in the society.

He said in a typical Ghanaian setting, couples were expected to have biological children shortly after marriage and the failure to do so puts them, particularly women, under pressure.

He explained that in most cases, before children who were adopted during infancy came of age, some outsiders or relatives would have mentioned to them that they did not belong as they were adopted. In other cases, adopted children were indirectly stigmatised and called names by people in the society.

He said adoption, which is less complicated compared to other fertility options like In vitro fertilisation (IVF), Intracytoplasmic sperm injection, Testicular Sperm collection,Gamete donation, Surrogacy among others, was least patronised as there were still many cultural barriers surrounding the process.

He explained that in Akan communities for instance, there are sayings such as “wo ba ni wo yem” or “obi annwo wo a onnim wo” both implying that children are the biological ones a person bears.

As a result, adopted children were not regarded as rightful heirs of their parents.

“There are many children on the streets and orphanage homes who need the love and guidance of parents and family to grow, but these cultural barriers and other challenges continue to deter couples from adopting.”

Dr Boakye added that a couple will prefer to spend thousands of Ghana Cedis on other processes which sometimes ends up in futility rather than opting for adoption.

“The truth is that not all couples can conceive either naturally or through assistive methods. So in some cases, the best option is adoption. Till we break some of these cultural barriers surrounding adoption, people will still consider it as a “no-go-area,” he explained.

Cumbersome process
The counsellor, who is the Director of the Eudoo Counselling Centre in Accra, said another factor that discouraged others from adoption was the cumbersomeness of the process.

He said couples planning to adopt had to go through a lot of stress and “paper work” which sometimes took years to complete.

These processes frustrate them and eventually, some give up. “Sometime back, I was involved in a process to adopt a baby for a couple. We went to the state agency responsible and started the process, but the process was frustrating. After almost two years of no end in sight, they gave up and relocated to the United States. I think the process must be simplified and made less stressful,” he added.

That notwithstanding, the counsellor said he knew people who have succeeded and are enjoying time together, following their adoption process.

The Authority, set up under the Children’s (Amendment) Act, 2016, (Act 937), has three major structures which are the Adoption Board, Technical Committee and the Adoption Secretariat.

The Board recommends policies and programmes and the technical committee, made up of professionals, reviews and decides on adoption applications from home and abroad,” she indicated.

If approved, a clearance letter is issued to the applicant to proceed to court for a legal adoption order to process the adoption.

Adoption process
Ms Cleopatra Nsiah Nketiah is a corporate and commercial lawyer who also specialises in adoption. She told The Mirror in an interview that most people considered the process to be stressful as they did not understand how the law worked and what was acceptable and legal.

The applicant should be between 25 to 55 years old (25 to 50 years for non-Ghanaians) for non-relative, while with relative adoption, the age limit is 65. In all cases, the applicant must be at least 21 years older than the child they intend to adopt.

She added that an applicant or Potential Adoptive Parent's (PAP) medical status and financial background will be assessed to ascertain if the applicant is medically and financially fit to take care of the child they seek to adopt.

“The process can be stressful if you do not get the input of someone who specialises in adoption. The law has recently changed and so you need expert advice on what the requirements are right from the start. For instance, an unmarried man may not be allowed to adopt in Ghana. Except in cases where the man is adopting his own biological child.

Ms Nketiah advised that it is important to consult a professional to guide in the adoption process. “Adoption process can take approximately a year or longer because once you apply, the Department of Social Welfare must review the documents you have presented, approve it and then go through the list of adoptable children it has to find a child that matches the PAP's preference. The preference of the applicant is what usually drags the process as the Department must check if your preference is available.”