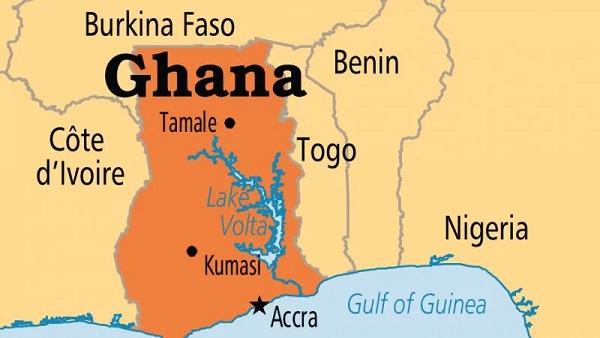 Why have Ghana’s total debts increased so high?

Mr John Kumah, a Deputy Minister of Finance, has provided some answers to the question. In an interview with a local TV station, Mr John Kumah said: “We (New Patriotic Party Government) borrowed GH¢ 3 billion from 2017 to 2019 for investments in building the economy and we were making 7 per cent (average GDP growth) on return.

“If it was not COVID-19 which crashed productivity to zero, we will not be where we are because there will be returns to service the debt.”

“But if you did invest and it gets crashed by COVID-19 and circumstances beyond you, it will now appear that you were borrowing, you never anticipated these disastrous consequences,” he added. Mr John Kumah was right on facts and figures in the statement he made that COVID-19 and “circumstances beyond” the government’s control did have serious adverse effects on the Ghanaian economy, especially in 2020.

I have written, analysed and commented on the issues, as they happened, in this column over the years.

It was at the end of December 2020 that the economy came out of recession with a mere 0.4 per cent GDP growth.

In 2021, the economy rebounded and scored an impressive 5.4 per cent GDP growth.

The advent of the Russian invasion of Ukraine and high increases in crude oil, fertiliser and food prices, caused by the Russia/Ukraine war, put the Ghanaian economy in a back-pedalling gear. Inflation went up from 9.98 per cent in 2021, to a high of over 40 per cent in 2022.

In 2020, Ghana had to borrow money from the external market to save lives and to support the distressed economy. It was not a crazy idea.

The advanced countries, such as the United States, the United Kingdom and countries of the European Union spent hundreds of billions of euros, dollars and pounds to save lives, prop up their economies and towards achieving economic recovery – before and after the worst effects of COVID-19 had ended in 2021.

The US ear-marked about $2 trillion for its post-COVID-19 economic recovery programme, and the EU voted about 800 billion euros to revive the economies of EU countries.

Ghana is a developing country in high debt.

But the country could not afford look on as its citizens got infected by the pandemic in hundreds and some of them were dying.

It was wise, therefore, for the Government to borrow money from abroad to protect and save lives and to support the economic gains already made.

The pandemic did the same to the wealthy nations who had their debt-to-GDP ratio raised significantly as a result.

Some European countries, such as Spain, Greece and Ireland and Japan, an Asian country, took a long time to lift themselves out of the COVID-19 economic recession which the IMF had described as the deepest after World War Two.

High debt levels of Ghana means that the country has high debt risks.  It has been downgraded several times by the three top rating firms, Fitch, Moody’s and Standard and Poor’s.

That has made it difficult for the country to have access to the international market for loans.

It also means that the country has to draw on its limited foreign reserves to support the economy.

Lack of access to the international market and increases in interest rates of the US dollar had raised the exchange rate of the dollar and weakened the Ghanaian cedi that began to tumble in value.

What type of solution should be applied to pull Ghana out of the economic crisis?

The International Monetary Fund (IMF) was founded in 1944 as an international financial institution, to help its member-countries out of their balance of payment problems.

It does so by assisting them to “rebuild their international reserves, stabilise their currencies, continue paying for imports and restore conditions for strong economic growth while correcting underlying problems”.

Ghana has rightly decided in July 2022 to resort to the IMF for a $3 billion loan.

An IMF loan of $3 billion would not come without some conditionalities.

Conditionalities are certain requirements that Ghana must meet to get the IMF loan.

They include the following: (1) Priority Actions; (2) Qualitative Performance Criteria and (3) Indicative Targets.

Examples of Priority Actions are: (a) elimination of price control and (b) budget consistent with fiscal framework.

Example of Qualitative Performance Criteria include: (a) minimum level of government primary balance; (b) ceiling on government borrowing, and (c) minimum level of international reserves. Indicative Targets are meant to assess progress made in meeting the objectives of the IMF programme.

Because Ghana’s debt levels are in high risk, they have to be rescheduled to give the country enough space to pay back.

Local and foreign debt rescheduling will also enable the country to save some of its total national revenue to support the economy.

In local debt rescheduling, problems have arisen as to how to do that without high risk on savings that Ghanaian institutions and individuals have made and are locked up in government bonds.

As one of the solutions to the debt crisis, the Government has decided to reschedule local debts through the Ghana domestic debt exchange programme.

The Minister of Finance, Ken Ofori-Atta, has explained in the 2023 budget statement presented to Parliament last November, that the debt exchange programme would lead to an exchange of old instruments for new ones.

The announcement has received strong opposition from some local institutions and labour unions.

The opposition came out of the belief that the programme would affect, adversely, the pensions of Ghanaians and make life difficult for them.

Like the COVID-19 pandemic, it is necessary that Ghanaians, in unity and level headedness, should try to avoid the fear-and-panic approach to solving the debt crisis.

The throw the baby, tub and dirty water all away solution is what Ghanaians should avoid at all cost.

The Government did not apply that measure.

Instead, it chose to do selective lockdown of a few places, including Accra, Tema, Kasoa and Kumasi – where the pandemic had spread most.

That solution worked and it minimised the impact of the COVID-19 pandemic on the Ghanaian economy.