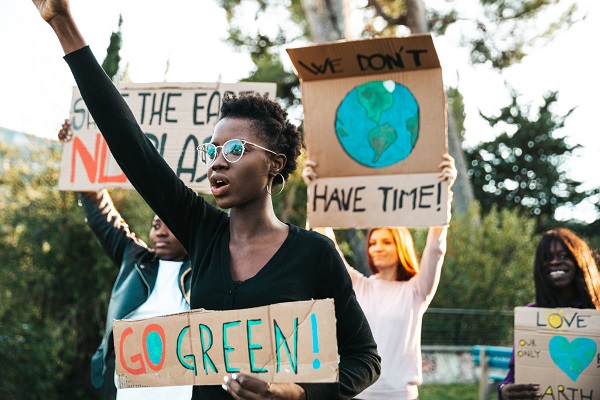 He was introduced as youth advocate activist by one of the Kumasi private FM stations, and his message was that Ghanaians campaigning for leadership positions should be made to swear by the local deities to compel delivery of election promises.

The anchor had invited a spiritualist to the studio. The latter stated that politicians disparage God’s patience, but they know that the deities bring retribution swiftly, so if politicians were made to swear by the gods, fear would compel them to act with integrity during their tenure.

That was my neighbour’s radio blaring morning radio news right into my bedroom, and for once, I was apathetic to the withering noisy habit, because it acquainted me with the sad news.

Everybody and their opinions so I have no qualms about the anchor’s choice of sourcing information for public consumption. Neither am I surprised at the suggestion for alternative solution to countering betrayal. I am blown by the rather specious projection of advocacy by many a Ghanaian.

Advocacy is based on knowledge which emanates from current, authentic information which yields critical thinking and objective analysis of occurrences, habits and attitudes. Insight gained from such knowledge guides learners in making legitimate comparisons, engaging in collaboration and consultation, juxtaposing situations – past and present, local and international – to reach valid, realistic conclusions. Such conclusions might yield pragmatic recommendations, the implementation of which might pave the way for sustainable adjustments in societal thinking and action.

Greta Thunberg became a celebrity at fifteen when she skipped school to protest for the climate in front of the Swedish parliament. She had learnt in school and understood global warming – and gotten alarmed – also infuriated by her parents’ generation’s neglect to act to save the planet. She channelled her fury into passion and began her activism. She travelled from Sweden to the US on a carbon-free yacht, built by her father.

Since 2016, she has been talking to world leaders at the UN and COP meetings; she has also been collaborating with leading environmentalists such as Sir David Attenborough. She has managed to inspire youth across continents to fight for the climate and do things that protect the environment.

When Sophia Kianni visited her parents’ home country Iran and discovered not only her folks’ ignorance about global warming, but that there was hardly literature on climate change in Farsi, she translated information on climate change into the language for her indigenous folks.

Additionally, she set up Climate Cardinals to promote her translation change. She has motivated student volunteers who have translated climate change information into more than a hundred languages to create awareness. Needless to state that both activists have been aided by Information and Communications Technology such as Tik Tok to reach audiences for global collaboration.

The most refreshing thing about the two young women is that they are independent thinkers. Their confidence emanates from authentic knowledge acquired from legitimate investigation. They base their investigations and opinions on science and empirical evidence. Both have been making autonomous decisions based on conviction rooted in personal experiences and evidence from happenings around them. Such conviction easily ignites passion.

From my tiny corner of evaluation, the youth in the first paragraph is neither advocate nor activist but a sensationalist. Sadly, he is not alone.

Once I met a university student wearing a T-shirt captioning a sentiment against a minority group. I asked her what the caption meant. She had no idea; the leader of her SRC could also not explain the statement. A campaign attire makes a bold statement, but wearers must soundly articulate ideas to educate/persuade others.

It is highly commendable that youth activism in the country is increasing, giving hope that a cross-section of the youth is learning to handle their responsibility. Current activism spans communities and sectors, the environment, and socio-cultural and political issues. Kudos to all such youth who are genuinely gearing up for leadership or as voices for community.

However, there are those who simply tout issues/sentiments they have garnered neither knowledge nor commitment for. Such are charlatans, not advocates; naïve Ghanaians believe such.

Advocates should protest in front of the Chinese consulate, parliament, local palaces in compromised communities to heighten the fight against illegal mining. They should sound a clear warning to politicians not to use illegal mining to entice votes in 2024.
Youth activism could focus on noise pollution in the country and push the agenda for assemblies to enforce the noise bye-law to protect citizens’ peace and sleep.

Such advocacy should call upon churches to soundproof their worship buildings to defend neighbourhood health and sanity. Businesses should equally be compelled to refrain from noise pollution.

Advocacy in the two issues would require that advocates really comprehend the regressive concepts and grave implications – immediate and future – for Ghanaian communities and beyond. Such advocacy would be rooted in knowledge, which could only come from close observation, reflective listening, analytical reading and writing, critical analysis of information, spearheaded by respectful dialogue and decorous speaking skills that might persuade change among offenders.

That sends us directly to quality education – with special reference to the Arts and Humanities – that impact learners’ perceptive skills for genuine intellectual development. To inculcate responsibility among the growing generations, to produce more Greta Thunbergs and Sophia Kiannis in Ghana, our education must work. Currently, we are sprinting away from that destination.

The writer is a Senior Lecturer in Language and Communication Skills at the Takoradi Technical University,Takoradi.E-mail: This email address is being protected from spambots. You need JavaScript enabled to view it.