From Secretary to Deputy Director at NCA:  Amazing journey of Golda Sowah Adjei

As the world celebrates the achievements of women across the globe in the month of March, there are some outstanding women in Ghana whose sterling performance in their careers cannot go unnoticed.

One of such women is Mrs Golda Sowah Adjei, the Deputy Director, Regulatory Administration of the National Communications Authority (NCA).

Mrs Adjei is currently the longest-serving female staff of the NCA who joined the authority on August 1, 1998 as a private secretary to the first acting Director General (DG) of the organisation. Due to her passion for her job, she rose through the ranks to her current position as a Deputy Director of the NCA.

She has also improved herself in her career path and qualified as a lawyer and an Information and Communications Technology (ICT) specialist with considerable knowledge and experience in the communications regulatory field, particularly in areas such as licensing procedures, interconnection, international relations, stakeholder management, corporate governance and consumer-related issues.

Journey at NCA
Mrs Adjei describes herself as an enthusiastic and innovative woman who aims to excel at whatever task she undertakes. She is also willing to learn more at all times to improve on her knowledge and skills.

“For the past years that I have worked with the NCA, I have gained considerable knowledge and expertise in the field of communications regulatory management and I love to execute my tasks with professionalism, tact and cautiousness in order to satisfy both internal and external clients,” she said.

Asked what had been the motivational factor that had kept her at NCA all these years, she said, “It is my willingness to learn more in order to be able to deliver on the mandate of the authority, especially having come from a non-technical background. This is one of the main reasons for which I took the opportunity to study for a Diploma in Telecommunications Management in 2000 and further went on to read a Master’s in Communications Management in 2003. Also, the desire and commitment to achieve something in a field which is typically known as a man's field and share what I have learnt over the years with staff like myself when I joined the authority have been some of my motivating factors.”

The journey to the top, she said, was not rosy. Having started as an administrative officer, she worked directly under the supervision of then DG. According to her, her responsibilities included arranging board meetings and carrying out administrative and clerical duties.

“As the administrative officer, I had to draft letters and memos for the DG’s signature, coordinate travels, schedule appointments, organise seminars, conferences, management meetings, keep track of applications submitted and refer correspondence to appropriate officers,” she stated. 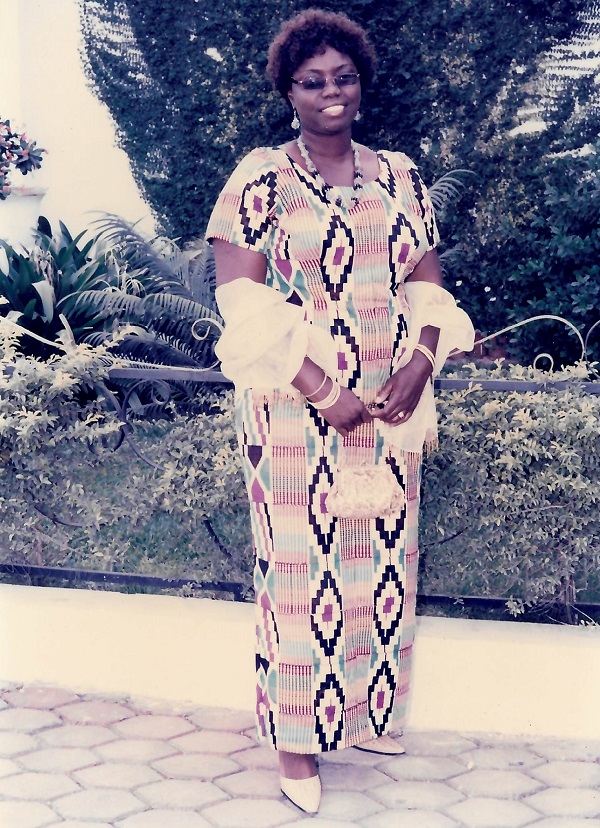 Mrs Adjei was promoted to the position of an Assistant Manager in 2002 where she was in charge of Regulations and Licensing. That changed her responsibilities as her new position demanded that she drafted authorisation letters to licensed/authorised operators and service providers.

She also sent out renewal notices (bills) to licensed operators, “more importantly reviewing files of licensed operators and service providers to find out whether they have met their financial or other regulatory obligations to the NCA. Where appropriate, defaulting operators are issued with reminders or revocation notices”.

By dint of hard work, she moved from an assistant manager to the manager in charge of Regulations and Licensing in July 2005, working directly under the supervision of the director, Regulations and Licensing. Here, she was tasked to conduct research into various telecommunications topics, including interconnection, licensing procedures, tariff regulations, reviewing licence/authorisation conditions to ensure compliance by operators and service providers.

“Between August 2007 and February 2010, I was the Senior Manager at the DG’s Secretariat. In March 2010, I rose to the position of a Chief Manager in charge of International Relations. Here, I managed the DG’s Secretariat and supervised the work flow. I ensured that information flows/gaps from the DG to directors and staff were promptly addressed and vice-versa. Sometimes, I have to provide the DG with early warning signals on the delays in the implementation of some management and operational decisions,” she stated. 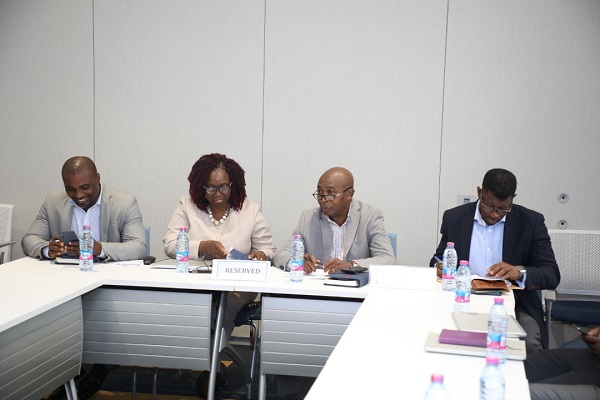 Earlier before joining the NCA, Mrs Adjei had the opportunity to do relieving duties as a secretary between April and August 1997 at the Canadian High Commission (Development Section, Accra). Under the supervision of the Head of Development Assistance Programme, she provided secretarial and administrative support to four development project officers.

Although she had a short stay at the Canadian High Commission, her duties included arranging and managing agenda/appointments for Aid Section officers, providing routine information on Canada Fund, La Bourse de la Francophone, NGOs and referring queries to the responsible officer.

Mrs Adjei has served in various capacities, including serving as Secretary to the Management of NCA from 2010 to 2016, Board Secretary from December 2010 to August 2011 and Secretary to the NCA Audit Committee from 2017 to date. She has also contributed to major projects of the NCA in various capacities – development of 2G licences (2004), Tower Guidelines (2010), 4G Spectrum Auction (2014 to 2015), AirtelTigo’s merger in 2017, among others.

She has also participated in key international conferences, including the ITU Council Meetings in 2009 and 2019, World Telecommunications Development Conference in 2012 among others.

Education
Mrs Adjei had her secondary education at the Nungua Secondary School at Teshie-Nungua in Accra from 1983 to 1988. She pursued courses in Business Management, French, Accounting, English Language, Commerce, Economics, Health Science and Mathematics for her Ordinary Level Certificate (O’Level).

After successfully passing the O’Level, she gained admission to the Labone Secondary School, also in Accra, where she had her Advanced Level education (A’ Level). For the General Certificate of Examination (GCE) at the A’ Level, she studied French, Economics, Business Management and General Paper from 1988 to 1990.

She then proceeded to the University of Cape Coast in the Central Region where she obtained a Diploma in Education and a Bachelor of Arts Degree in Secretaryship. In 2003, she gained a Chevening Scholarship from the British Council to undertake a second degree at the University of Strathclyde, Glasgow in the United Kingdom where she obtained a Master’s Degree in Communications Management.
Mrs Adjei holds a Bachelor of Laws Degree from GIMPA Law School and a Professional Law Certificate from the Ghana School of Law.

Personal background
Golda comes from Teshie in the Greater Accra Region but was born at Nsawam in the Eastern Region. Her parents are Mr Prince Emmanuel Adjetey Sowah and Mrs Eva Joyce Sowah, both from Teshie. She is married to Mr Henry Adjei, also from Teshie, and they have two boys she refers to as her ‘two nations’. She loves reading, cooking and watching theatre plays. 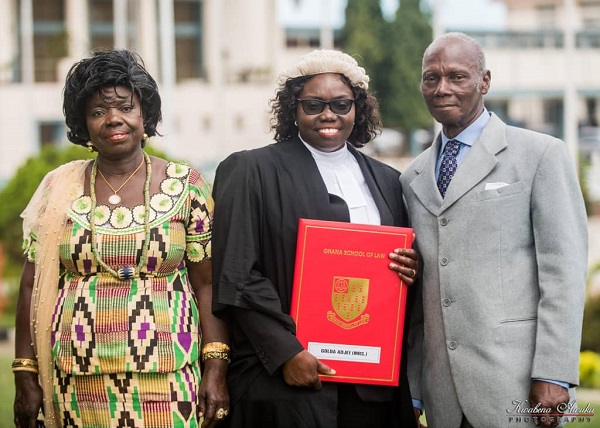 She believes what makes her unique is her attention to detail and her ability to work with people at all levels. “I am very passionate about people development and education for all, especially the less privileged. I believe with the right education, one can go places,” she added.