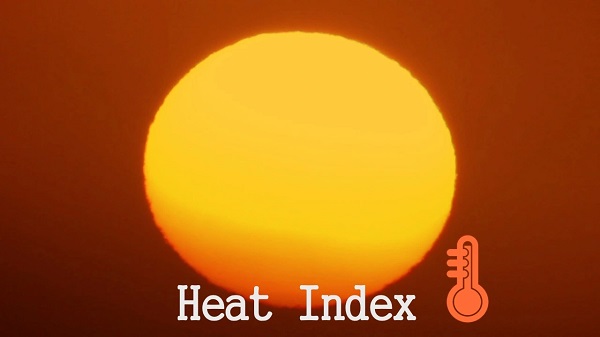 There is heat everywhere!
30.5k Shares

There is heat everywhere! Well, so it seems if you look at it metaphorically. Here, you can look at the rising levels of global inflation, which is fuelled mostly by soaring food and energy prices, as some sort of heat, causing individuals, households, enterprises and governments all over the world to feel uncomfortable. Then there is the war in eastern Europe, causing the West to feel the heat emanating from supply chain bottlenecks and structural deficiencies. In fact, there is heat everywhere!

About two weeks ago, reports that most countries in Europe and the United States of America (USA) were experiencing a heatwave threatening livelihoods were cause for concern. In the UK, I experienced it myself. One fine Monday in July, temperatures soared to as high as 40°C (degree Celsius). Even for someone who is very familiar with high temperatures because of my roots, that was unbearable. A short trip from my house in London, to a local supermarket, about 10 minutes walk, was a nightmare because of the soaring temperature.

The gloomy picture about the heatwave was what dominated prime news on all the major networks that week- UK is burning, literally. And the concerns were genuine because it was a record level of temperature, and even though the weather experts had correctly predicted the situation, not many had anticipated that it was going to come with calamity- burning homes, bushes and humans.

During the same period last year, soaring temperatures of more than 45°C in some parts of the USA dominated headlines news, which also brought to the fore the dangers of climate change. As is the case this year too, the tail of events was staggering. According to reports, from Arizona to Washington, firefighters desperately battled blazes that were “burning with a worrying ferocity”. Official reports said California was set to “outpace last year’s record-breaking fire season”. It now seems that every year will be a record-breaking year.

For me, it all pointed to one thing too- climate change is real. Environmental degradation has consequences, and the time for pussyfooting about the real challenges should be over because the heat is real and we all feel it now.

At this point, let me quickly add also that the test of the impact of climate change is not limited to the heat that we feel at present because of the season, but also the kind of rainfall pattern that is experienced in some parts of the world. The unusual nature of some of the rainstorms experienced may also be due to climate change factors.

Climate risk is real, and it is encouraging that, at least, there is the recognition that something needs to be done to reverse the heatwave. Dr Hoesung Lee, the chairman of the Intergovernmental Panel on Climate Change (IPCC), as reported in the April 9 edition of this column, is of the view that: “We are at a crossroads”. “This is the time for action. We have the tools and know-how required to limit warming and secure a liveable future”, he added. Dr Lee made these remarks on April 4, when addressing the media regarding the highlights of a report by his outfit.

According to the IPCC, which is a body of the world’s leading climate scientists, temperatures would soar to more than 3C, with catastrophic consequences, and unless there was a massive effort by governments, businesses and individuals to reverse the tide, this could lead to catastrophic consequences. In effect, policies and actions are urgently needed to make the changes needed.

Mitigating climate risks is possible, as the report admitted in part, but to prevent the worst ravages of climate breakdown, there was the need for an immediate, now-or-never move to a low-carbon economy that can guarantee and secure a sustainable environment.

Refreshingly, the increased attention to monitoring how companies conduct themselves against the ESG criteria, which stands for environmental, social and governance shows a paradigm shift in the climate risk debate. Whereas there are different types of ESG targets, standards and disclosures, what stands out is that there is a great deal of interest in the company’s climate credentials.

Corporate greenwashing, for instance, where a company can make misleading or unsubstantiated claims about climate credentials, is quickly noticed and dealt with because of transparency with ESG standards and disclosures. Both investors and consumers are able to call out corporate greenwashing.

All of these developments, together with other commitments made at high-level conferences on climate change, one would have thought would bring the needed relief in the fight against climate risk. But not all are enthused, regardless. “Some government and business leaders are saying one thing – but doing another. Simply put, they are lying. And the results will be catastrophic,” said UN Secretary-General, António Guterres, in reference to claims by some governments and businesses to be on track for 1.5C.

And to strengthen the need for action to mitigate climate risk, Guterres said the delay in addressing climate risks “is death” but “the good news is that a liveable future remains within grasp – just”.

Another development that could also set back the fight against climate change, and heat up the global economy, is the recent reports that the Russia-Ukraine conflict has led to a return to coal by some countries in Europe to boost energy production. Leading publications in Europe have reported that a coal-fired power plant that had been mothballed has become the first of its kind to be put back onto the network in Germany, because of inadequate gas from Russia. This move is a considerable setback to the world’s attempt to tackle the climate crisis.

In all, it is all about the right actions in the fight against climate change, otherwise, the heat would persist.