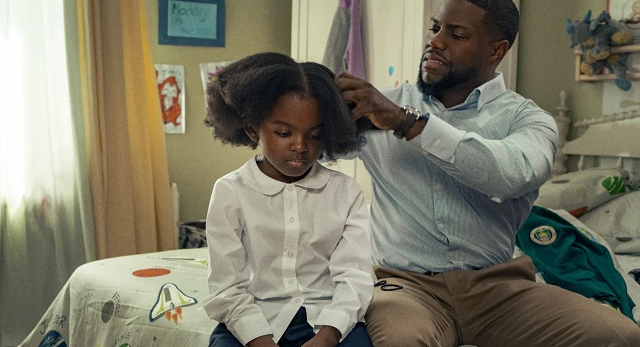 In placing man as the head of the family, God assigned him the responsibility for presiding over the family in love and righteousness and is responsible for providing them with the necessities of life and protection. (“The Family: A Proclamation to the World,” Ensign or Liahona, Nov. 2010, 129).

This role has been translated traditionally to mean that fathers are the main breadwinners and protectors of the family. In playing this role, some fathers have focused on being providers instead of meeting the other needs of their children and by extension, the entire family, often leaving the grooming, the moral and emotional development roles to mothers.

Research has shown that single parenting has an impact on the development of children, particularly where there is no father or mother figures for the children to look up to.

Just as fathers have their God given roles, mothers also have their primary roles of nurturing and taking care of the children, thus both father and mother are considered the main pillars in the raising and development of their children.

In the past, the idea of fatherhood in Ghana was one of being the breadwinner, head and the gatekeeper of his home, whose presence exuded fear and strict discipline.

All that is changing and the modern- day father comes in various forms. He is no longer always the traditional married breadwinner and disciplinarian in the family; he is more than the capable caregiver to his children.

A Sociologist, Dr Naana Serwaa Amaniapong, said there had been an improvement in fatherhood in Ghana in modern times compared to what transpired before then, and she attributes that to a number of factors.

She said modernity, education and exposure as well as the changes to traditional roles were some of the reasons why fathers were now playing significant roles in the lives of their children and families.

“Fatherhood is changing because fathers now consider parenting as shared responsibility and not just for mothers. Due to modernisation and exposure, every father wants his child to do well and the only way that can be effective is being present and playing a role in the development process of the child,” she explained.

Dr Amaniapong said fatherhood in modern times had also improved because fathers wanted their children to have better lives than they enjoyed in their own childhood.

“In my interactions with some fathers, some of the common issues that have come up are: I had a difficult life and almost did not make it, having survived, I don’t want my children to go through the same stress.

“Others say having been given quality lives, they would want to provide their children with same, if not improved,” she indicated.

Dr Amaniapong also said the number of children a father had was no longer the yardstick to measure one’s manliness and success, but now it was about how well those children turned out in adulthood.

“Another reason why fatherhood is changing for the better is because many mothers also now work full time, thus fathers have had to share the responsibility of caring for and raising the children,” she added.

Dr Amaniapong said while it was refreshing to see the role of fathers improving, there were some that needed to be preserved and re-enforced.

In her opinion, “most children, irrespective of their background, see their fathers as super heroes. That has not changed and with today’s children being greatly exposed to technology, it is important for fathers to help their children see the world and shape their lives regardless of what they see, hear or read about from their exposure to technology.

“The children must have the sense of their fathers being the provider, the protector, and still have some time to spare and spend with them and through that be the one through whose eyes they see the world,” she said.

Apart from their mothers’ love, children must feel that their fathers love them unconditionally as well, show interest in all they do both in their academic and social life.

The father’s role of instilling discipline, providing sound moral grounding on which their character would be formed should not change with modernity as it is the foundation on which their adulthood is and how well they turn out to be is hinged.

What father are you?

The demands of today’s world places greater responsibility on fathers in helping raise sound and well-grounded children and given that children play out what they see much more than what they hear, it is important for fathers to, indeed, lead by example.

As the head of the family, fathers are generally expected to have the interest of their families first. As the leader, the direction of the family is very much dependent on how the father leads. He is the anchor on who the dreams and aspirations of the children and family rest.

Apart from the mother, an ever-present father is the first person the children are exposed to and so he serves as a teacher. Thus what they see the father doing is what they also pick up as character.

Again, as the head, the father has to lead by example in all ways, encouraging the children as much as he can.

It is also important that fathers show and teach their children the sense of being responsible, as when children watch their fathers take responsibilities, they will learn to take responsibilities at various stages of their lives and in the process, become the role model who the children look up to and want to be like.