E-Levy in Africa: Weal or woe?

THE Information Communication Revolution, brought about by fantastic feats in information communication technological developments, has made it possible to transmit information to any part of the world very quickly.

The personal computer and the mobile phone are the chief products of the global Information Communication Revolution.
The mobile phone, and its use in aid of financial transactions, is the concern of this article.

In sub-Saharan Africa, 495 million persons used the mobile phone at the end of December 2020.

That represented 46 per cent of the total population and reflected a 20 million increase over the 2019 figures.

Before use of the mobile phone to transfer money from person to person and by groups, majority of the population of African countries were outside the banking system.

With the use of the mobile phone, research report by GSMA, the global money industry trade body, has revealed that in 2020, the number of mobile phone money transfer in Africa went up by 15 per cent, with a record $27.5 billion in value. 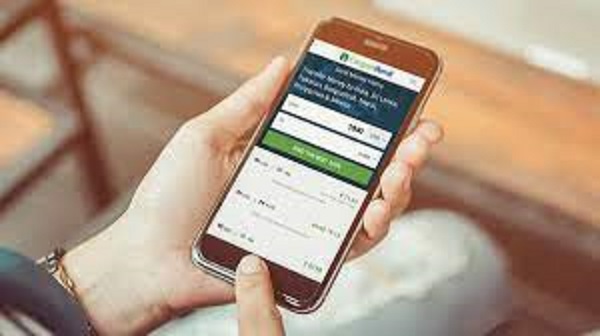 African governments have become excited by the surprising increases in the use of the mobile phone to make payments, for example, for market purchases, school fees, sending money to family members in the rural areas from the cities and towns and for paying bills and charges.

At the same time, African governments have found mobile money transfer as a convenient and quick way to raise money through taxation for national development and to broaden the otherwise narrow tax system.

The World Bank has been reported to have described the EMT levy as a source of stable revenue for African countries.
By 2018, some African countries had started to charge levies on Electronic Money Transfer (EMT).

Kenya, Nigeria, South Africa and Mauritius were either already applying the EMT levy or were about to do so at the time the research was done.
In Nigeria, the EMT levy was introduced in 2021.

It has been estimated that Nigeria could earn N462 billion with an EMT levy of 0.5 per cent.
That means a mobile transaction of N10,000 or more attracts an EMT levy of N50.

On use of the EMT levy revenue in Nigeria, it has been disclosed that it would be distributed as follows: 15 per cent to the Federal Government and Capital Territory and 85 per cent to the various state governments.

Known in Ghana as Electronic Levy or E-Levy, the EMT levy was introduced in Parliament in November 2021 in the 2022 national budget.

Its passage was delayed until February 2022 when it was approved and later received quick presidential assent.

The E-Levy is a 1.5 per cent charge on EMT transactions above GH¢100.
However, the Minority party, the National Democratic Congress (NDC), has filed a suit at the Supreme Court challenging the constitutional validity of the passage of the levy.

As it has happened in other African countries, reactions to the passage and enforcement of the E-levy were expected.

Bank of Ghana has announced that EMT transactions in Ghana dropped by GH¢ 3.2 billion in December 2021.
That represents a decrease of 3.8 per cent in comparison with the November 2021 figures.

The Minister of Finance has indicated that he expected a 24 per cent decline in EMT transactions in Ghana, in reaction to the levy.

What are EMT transactions about?
Will the EMT Levy fail in African countries, or will it flourish and help to bail African governments out of the need to borrow money from the European market through issuance of Eurobonds?

An Al Jazeera source put what EMT is, in simple terms, this way.
“Instead of paying with cash, cheques or credit cards, customers can use their mobile phones to pay for any type of service.

“Mobile payments, especially in East Africa, are becoming the de facto form of payment and growing numbers of people have come to depend on it.

“This system has turned out to be particularly useful in countries where the majority of the population work in the cities and send money back home to their families living in the rural areas.
“Mobile-money paying is saving them time and money.”

Certainly, the EMT system saves customers time, money and the trouble of travelling to the traditional banks to do business.
Why then, as it has been demonstrated in Kenya and some African countries, the opposition

and protests and the reported decline in EMT transactions because of the levy?

The success or failure of the EMT Levy will depend on the nature of national economies of Africa and the psychology and preferences of the people involved in the mobile money payments.

It depends, largely, on whether the demand for mobile money transfer in a country is elastic or inelastic.

If customers can easily do away with mobile money payments because of the EMT Levy, then the demand is elastic.

That rest on the psychology, preferences and the financial position of the customers.

A poor person will easily switch over to the traditional banking system to avoid paying the tax.

That means that person is prepared to forgo the speed, comfort and money-saving, and to face the hazards of theft or armed robbery and time-wasting in queues at the banks – that the EMT helps customers to avoid.

If the demand for EMT services is inelastic in a country, then it will be difficult for the customers to quit because of the levy.

There is no doubt that the EMT has some substitutions to which customers can resort because of the levy; and because EMT has alternatives, its demand cannot be entirely inelastic.

Governments of African countries can, however, count on the fact that the EMT has some lasting advantages or benefits that some customers cannot afford to miss or forgo because of the levy.

Besides, the digitalisation of the economy in African countries that seeks to make transactions cashless and electronic can make more EMT transactions inelastic.

In countries where theft or armed robbery is rampant, the EMT is a safe way to transfer money, and participation in the EMT levy payment should be expected to be high.

Success or failure of the EMT levy, therefore, depends on the nature of the economic system in an African country and the psychological disposition and preferences of the EMT customers.

African countries, where economic conditions are not favourable, had introduced the EMT tax and had withdrawn it.

In African countries, where conditions are suitable, it appears that the levy is gradually becoming part of the tax system.