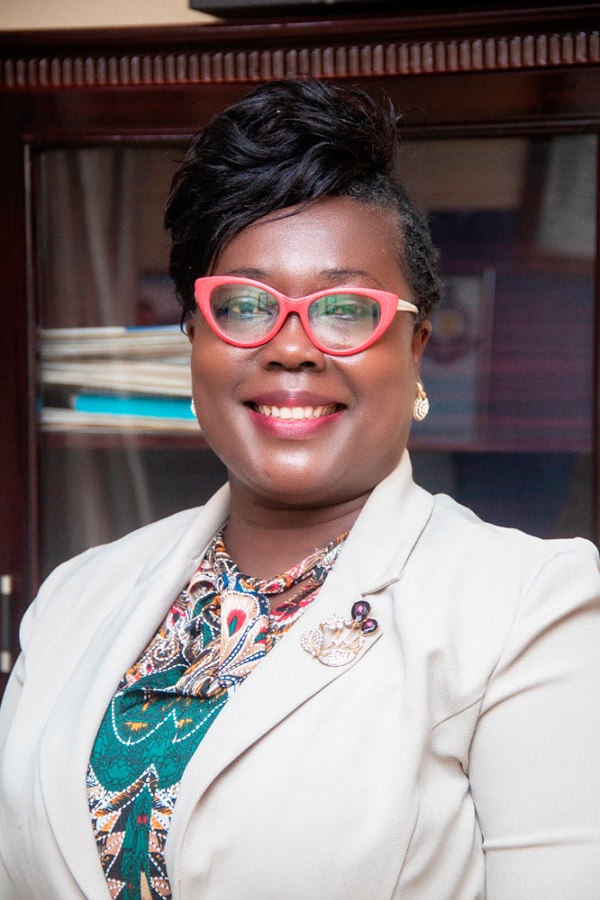 Speaking to The Mirror, the Director of DOVVSU, Chief Superintendent (C/Supt) Owusuwaa Kyeremeh, said the facility was to help cut the delays in waiting for dockets from the Attorney General’s Office and reduce the stress survivors of domestic violence went through to get justice within the shortest possible time.

“Mostly when survivors come to us, they are supposed to go to a health facility for proper medical examination to be conducted, afterwards, they have the police and the court to visit to secure justice. This sometimes adds an extra burden to the already traumatised person. And due to the financial implications these rounds entails, some survivors end up losing interest in pursuing their case. This is why as an institution that has survivors at heart, it is crucial for us to get all these various stakeholders under one roof.”

Some of the investigators on-site

According to her, the unit, which is expected to be formally launched in November this year, is under the Ghana Police Service and comes with a clinic, laboratory, pharmacy, counsellors, legal aid, Attorney General’s Representative, social workers, investigators, prosecutors, temporary shelter, female cells, male cells, juvenile cell, research/data unit, entertainment room, district and circuit courts, helplines and an internet facility, among others.

She explained that there were instances where a woman could come to DOVVSU with her children, therefore, it is important to keep them under one roof. 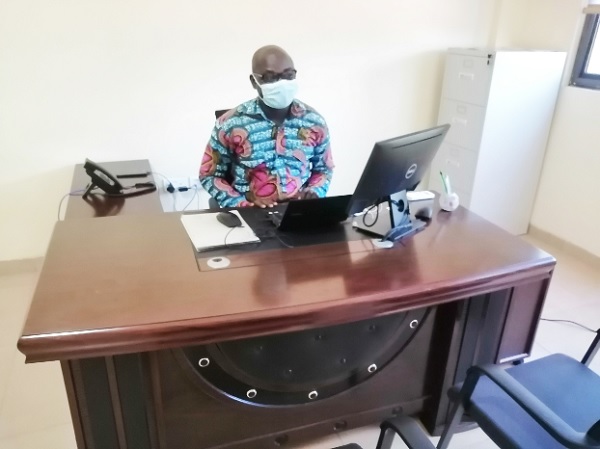 “This sometimes becomes a challenge and you can’t send them back to their own home where they are running away from due to the act of violence. This is the reason why we are providing a conducive temporary shelter for individuals and families.”
C/Supt Owusuwaa said in this era of COVID-19, some survivors were requested to do the test which is a bit expensive for those who have to go to private institutions to get tested. Besides, some survivors have to find money to pay before their medical forms were endorsed by some health facilities.

One of the court rooms on-site

“Some of these financial commitments make some survivors lose interest in their cases from the onset. We don’t want the monetary constraints to be the reason for a survivor to abandon his or her case. With the new facility, there will be a medical team on standby always to do a free medical examination, COVID and DNA testing.”

Explaining why the need for a DNA examination, she said there had been several instances where a test was needed to prove the paternity of a child.

Some of the camp beds for the temporary shelter

“There was a case in point where a father was said to have had five children with his biological daughter. With such a case, it is demanded of us to conduct a DNA test on all the children to ascertain whether all the children are for the man in question,” she indicated.

Touching on why the court system had been added to the facility, she said most of the cases ended up in court and sometimes took a long time to finish a case.

One of the child-friendly rooms with a baby cot

Therefore, with the courts on-site and cells, there was no need to arrange for transportation and other logistics.

“Besides, very often, some of the child survivors got intimidated and scared when they had to go to a formal courtroom or see policemen and women in uniforms attending to them. Here, they have a child-friendly interview and a playroom and every staff is supposed to wear mufti to make the environment very relaxing and appealing for the survivors to feel at home.”

The facility has a cell for adults and juveniles

She said survivors were at a high risk of developing post-traumatic stress disorders or stress-related mental health conditions after a violent act had been perpetrated against them, explaining that as a result, the counsellors were also on-site to help counsel such people who were traumatised.

Some of the camp beds for the temporary shelter

C/Supt Owusuwaa stated that the whole facility had been digitised to move away from the traditional way of interrogating, therefore during interviews with survivors, the doctor and judge could equally monitor to have first-hand undistorted information on video to help proceedings.

“After the formal launch, we will make our toll-free number available to the public to call whenever they need our service. We also plan to replicate this in other parts of the country to reduce the stress of people travelling around,” she indicated.

A kitchenette to provide food for survivors at the shelter

She said some of the institutions and individuals who had supported the project were UNICEF, The Church of Jesus Christ of Latter-day Saints, AB&David Legal Firm, Kasapreko Company Limited, Ms Irene Naa Torshie Addo, Prophet Daniel Amoateng and the Police administration.