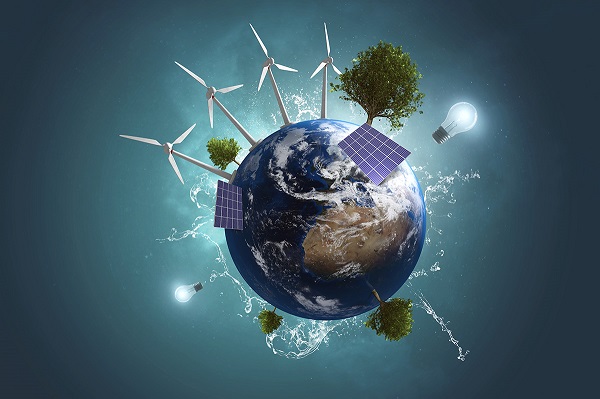 Global warming has been found to be a source of adverse impacts on the earth
30.5k Shares

COP27 is a short form of the 27th Session of the Conference of Parties to the United Nations Climate Change Conference.

Originally scheduled to begin from November 6 and end on 18, 2022, the summit was stretched to November 20.

The prolonged summit managed to produce a historic addition to the gains in the fight against global warming and climate change.

At the summit, government ministers and negotiators from 200 countries agreed to create a fund from which compensations would be paid out to poor nations for “loss and damage” to their lands caused by climate change.

Apart from the “loss and damage’’ fund, the COP27 summit also agreed to take some measures to limit global temperature rise to the “crucial temperature threshold of 1.5 degrees Celsius above the pre-industrial levels”.

According to a UN report published before the COP27 summit, the earth planet is seen as “close to irreversible climate breakdown”.

Agreement to set up a “loss and damage” fund became a “bone of contention” at the summit as some wealthy nations attempted to fight off the idea of setting up the climate compensation fund.

There was the long-standing fear by rich countries that accepting liability for climate damage impact on the economy of developing nations, would open up a sluice of law suits for claims.

The breakthrough came when the European Commission of the European Union (EU) disclosed at the summit that it would accept the demands of the Group of 77 (G77), representing 134 developing countries, for the creation of the “loss and damage” fund.

Although the G77 accepted the watered-down version of the climate compensation fund, some campaigners had reportedly complained that it was a “poisoned pill” offered by the rich nations to the group of 134 developing countries.

They said the fund, as established, was limited and would be paid out only to “most vulnerable countries”.

On the fund, the EU Commission President, Ursula von der Leyen, has said in a statement: “I am pleased that COP27 has opened a new chapter on financing loss and damage, and laid the foundation for a new method for solidarity between those in need and those in a position to help”.

She said further: “Unfortunately, however, it has not delivered the commitment by the world’s major emitters to phase down fossil fuels, nor net commitments on climate mitigation”.

Addressing the COP27 summit, the UN Secretary General, Antonio Gueterres, expressed great concern about the low progress being made in attempts by the world to achieve the required reduction in emission of dangerous gasses into the atmosphere, that causes thinning of the Ozone Layer of the earth planet and allows the sun’s rays to reach the earth and warm its surface.

“We are in the fight of our lives and we are losing,” he told the summit.

“We are on a highway to climate hell with our foot still on the accelerator,” he warned.

Mr Gueterres reiterated his call for phasing out coal use. Coal is the highest contributor to global warming and should be phased out by the year 2040.

“It is the defining issue of our age. It is the central challenge of our century.

“It is unacceptable, outrageous and self-defeating to put it on a back burner.

“The science is clear. Any hope of limiting temperature rise to 1.5 degrees Celsius means achieving global net zero emission by 2050.

“But that 1.5 degrees Celsius goal is on life support and the machines are rattling.

“Humanity has a choice. Cooperate or perish. It is either a Climate Solidarity Pact or a Collective Suicide Pact,” Mr Gueterres told the summit.

His mention of global gas emission rise on the earth planet is a reference to the Paris Climate Accord reached in Paris, France, in 2015.  It aimed at reducing global warming to 1.5 degrees Celsius.

Coal has been found to be the highest contributor to global warming and the UN’s call for its elimination worldwide is most appropriate.

According to a US Energy Information Administration study, coal combustion has a range of emissions including carbon dioxide, sulphur dioxide, particulates and nitrogen oxides.

Coal is, therefore, regarded as the “the dirtiest and the most polluting way of producing energy”.

It was in the middle of the 1980s that scientists discovered that dangerous gas emissions from the earth had been thinning the Ozone Layer.

Depletion of the Ozone Layer allows too much of the sun’s rays to hit the earth’s surface to cause global warming and climate change.

Global warming has been found to be a source of adverse impacts on the earth, including melting of the ice caps of the North and South Poles, rising sea levels, flooding of coastlines of some countries and submerging of some islands.

It can lead to depletion of fish stocks, destruction of planktons that serve as feed for fishes, thinning or destruction of the coral reef, increased incidence of eye cataracts to humans and breeding of mosquitoes.

Global warming can also increase the occurrence of wind and sea storms, flooding, earthquakes and wildfires.

It is clear now that the projections made by climatologists several years past are manifesting.

One of the ways to limit or stop global warming is to reduce dangerous gas emissions into the atmosphere.

So, the COP27 decision to adhere to the goal of limiting gas emissions to 1.5 degrees Celsius must be rigorously pursued as one way to save the earth planet.

What about the carbon capture technology?

Crude oil is hydro-carbon that nature has created and stored deep beneath the earth. It is the same with coal.

Both are harmless down there, until humans decide to tap them as sources of fuel for many uses.

However, when it has been found out that crude oil and coal contain carbon dioxide and other gasses that are destructive to the earth, why can scientists not quickly devise methods of capturing those gasses and sending them back to the bottom of the earth?

I expect major crude-oil-exporting countries and big petroleum exploiting and refining companies to spend part of their huge profits on carbon-capture technology research.

No one would ask for phasing out of coal and crude oil use -- if scientists endeavour to find means of returning the dangerous parts of those substances back into the earth.

I believe pandemics, such as COVID-19, Ebola and others, are direct or indirect results of global warming and climate change.

They are the outcome of human activities that disrupt natural forces and throw them out of balance and harmony.

The earth is sometimes described as Mother Nature or Mother Earth.   She is the mother of all things on the planet.  If we help her, she will continue to shield and protect.

If we do not obey her natural laws, Mother Nature can invoke natural forces such as pandemics, rains, floods, wind and sea storms, volcanoes, wildfires and earthquakes to exact obedience.

If humans obey nature’s laws, the earth would be safe and habitable.

In case humans flout natural laws to the extreme, the earth could get over heated and explode in a big bang.