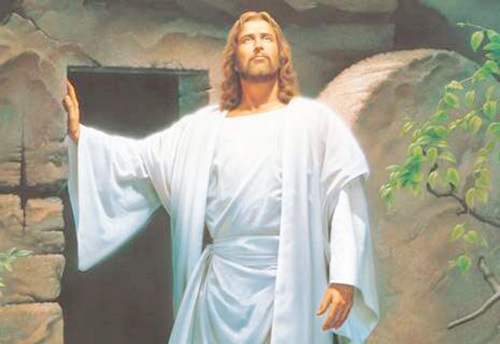 When I was a small boy growing up in rural Ghana, members of the women’s ministry in our local church would go to the town cemetery at dawn on Easter Sunday and start marching from there with loud singing through the main street, “He is Risen, He is Risen.”

A common greeting among Christian believers across the centuries is: “Christ is Risen,” and the response is: “He is Risen indeed.”

In fact, the two saving events that make up the centre of the Christian faith are the death of the Lord Jesus Christ on the cross at Calvary and His resurrection from the dead on the third day.

These historical saving events make up the core of “the Good News”, the Gospel.

This is the Easter Good News!

First, Jesus died on the cross.

Throughout His life on earth, Jesus the Christ lived under the cloud of his suffering and death.

And He was conscious all the time of the reason He came to the earth.

He is the lamb of God that takes away the sin of the world.

He himself never sinned, but would be the sacrifice for the sin of all humankind; so that we who would believe in Him would become righteous before the Holy God and become members of the kingdom of heaven (see 2 Corinthians 5:21).

Jesus died for our sins according to the Old Testament scriptures.

The Prophet Isaiah’s text says it clearly: “…we thought his troubles were a punishment from God, a punishment for his own sins! But he was pierced for our rebellion, crushed for our sins. …the Lord laid on him the sins of us all.” (Isaiah 53:4-6 NLT).

There were spectacular things that happened at the time Jesus died on the cross: “…suddenly, the curtain in the sanctuary of the temple was torn down the middle; the earth shook, rocks split apart and tombs opened.

Second, Jesus was buried. Joseph from the city of Arimathea and Nicodemus, two eminent religious leaders who were true disciples of Jesus, took care of His burial. “… Joseph went to Pilate and asked for Jesus’ body. And Pilate issued an order to release it to him.

Joseph took the body and wrapped it in a long sheet of clean linen cloth.

“He placed it in his own new tomb which had been carved out of the rock. Then he rolled a great stone across the entrance.” (Matthew 27:57-60 NLT). In addition, “they sealed the tomb and posted guards to protect it” (Matthew 27:66 NLT).

Third, Jesus rose from the dead on the third day, demonstrating victory over death and sin.

Jesus rose again from the dead according to the Old Testament scriptures (see Psalm 16:10). Jesus Himself told His disciples He would rise from the dead after being killed by the leaders (see Matthew 16:21).

The evidence of Christ’s resurrection included His several post-resurrection appearances. Among these were:

• To Mary Magdalene; Joanna, Mary the mother of James and several other women (Luke 24:10)

• To His 11 disciples who were still terrified and were behind closed doors on the resurrection day (Luke 24:36-43).

The benefits of Christ’s death and resurrection to us are summed up in Romans 4:25: “He was handed over to die because of our sins, and he was raised to life to make us right with God.”

Finally, we turn to the general future resurrection of all people.

The Bible teaches that there is the resurrection of all the dead on the day when the trumpet of God shall sound and for review and rewards.

We are all mortal persons who even after death will go through the resurrection of the dead on the last day and face our maker. C.S. Lewis, Professor of Philosophy, Oxford University, and prolific Christian writer and thinker has said:

“There are no ordinary people. You have never talked to a mere mortal … It is immortals when we joke with, work, marry, snub and exploit – immortal horrors or everlasting splendours… who if you see, you would be tempted to worship.”

“Immortal horror” or “Immortal splendours”, which of these two categories would you belong to after the general resurrection of the dead?

Jesus Christ died for our sins and was raised again to life to bring us back to a close relationship with God – the most precious Good News ever told.

It is the Easter Good News! God bless you at Easter.