Can Islamic marriage be registered under law? 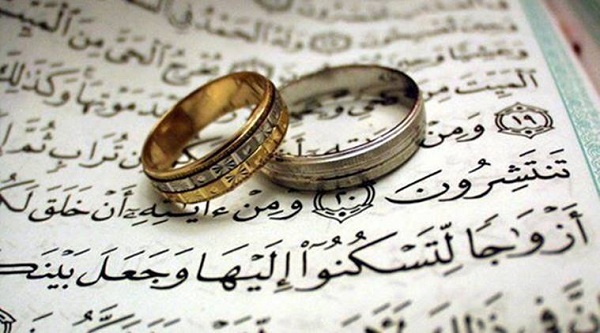 Dear Mirror Lawyer, My fiancé and I are Muslims. We intend to marry under Islamic law by the end of the year.

We have been informed by a friend who is not a Muslim that once we marry under Islamic law, we must go to court to register the marriage. This sounds new to me because I have lived in a Muslim community all my life and I have never seen anyone in the community marry under Islamic law and then proceed to register it. I would like to know if the registration is necessary and the process or requirements needed to register my Islamic marriage.
Ayishatu Bukari,
Sabon Zongo.

The law provides in Section 23 that Mohammedan marriage celebrated after the commencement of the law shall be registered in the manner provided by the law.

The law sets out the method of registration in Section 24. It provides that the bridegroom, the bride’s wali, two witnesses to the marriage, and a licensed Mohammedan priest shall go to the office of the district chief executive (DCE) as soon as convenient, and before the expiration of a week after the celebration of the marriage, for the purpose of registering the marriage.

The marriage shall be registered within one week of its celebration. The persons required to be present for the registration are: the bridegroom, the bride’s wali, two witnesses, and a licensed Mohammedan priest. At the DCE’s office, the particulars of the marriage as specified are entered in the marriage register and in the duplicate certificates.

According to Section 27 of the Marriages Act, a marriage celebrated under the Mohammedan faith is not valid unless it has been registered. If the marriage is not registered within the prescribed time, it is not valid.

This principle of law was applied in the case of JEBEILLE AND ANOTHER vs ASHKAR AND ANOTHER [1977] GLR 458-461 where a woman went through a Muslim ceremony of marriage celebrated by a licensed Mohammedan priest with the first defendant in January 1976.

It was not until February 1976 that the marriage was registered. Subsequently, the plaintiffs, (the bride and her wali) contending that the provisions of the Ordinance for the registration of Muslim marriages had not been complied with, brought an action to have the marriage declared null and void and of no effect.

The court upheld the claim and held that although the marriage was a validly solemnised Muslim marriage, it was void because the parties had failed to register it.

A High Court may, however, order the registration of the marriage after one week if there is an ex-parte application by the bridegroom or the bride’s wali. The application shall be supported by an affidavit explaining the reasons for the delay.

This application must be brought within a reasonable time as stated in the case of RE REGISTRATION OF MARRIAGE BETWEEN BYROUTHY AND AKYERE: EX PARTE ALI [1980] GLR where the application was brought thirty-four (34) years after the celebration of the marriage and the bridegroom was dead. Clearly, 34 years was not reasonable time as time was of the essence.

The validity of a Muslim marriage is proved by the production of an extract from the Register of Marriage. A Mohammedan who dies without making a will but has his marriage duly registered under this Part, the succession to the property of that Mohammedan shall be regulated by Intestate Succession Law PNDCL 111.

From the principles of law discussed above, it is clear that once you contract or celebrate a Mohammedan marriage, it must be registered in order to give validity to it. I will advise that you proceed to register your marriage within seven days after it is celebrated or within a reasonable time after it is celebrated.