Can a Ghanaian be deported from his own country? 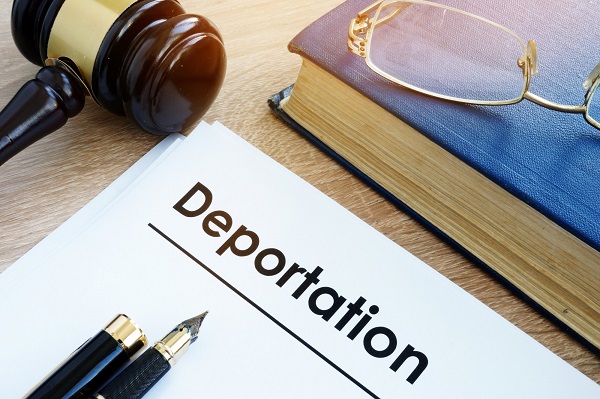 Dear Mirror Lawyer, what is deportation? Is it possible for a Ghanaian be deported from his own country?

Dear George, Deportation is the removal of a foreign national to his or her country of citizenship or permanent residency for reasons such as illegal entry, serious criminal behaviour, overstaying the permissible entry visa duration, breach of the conditions of the visa, potential threat to the public welfare or otherwise for other reasons lost their legal status to remain in the country.

In Ghana, the law governing deportation is the Immigration Act, 2000 Act 573. Section 35 provides that a foreign national is liable for deportation if:
(a) A Court recommendation for the deportation of the foreign national is effective after conviction for an offence punishable by a term of imprisonment exceeding three months with or without a fine and on an appeal against the conviction, the Appellate Court has upheld the recommendation; or an appeal has not been brought within the time allowed for appeal but the recommendation was made by the High Court, or an inferior court and has been approved by the Chief Justice and a report made in writing to the Minister, or
(b) The foreign national has been found by a Court to be destitute or without means of support, or to be of unsound mind or mentally handicapped, or is a prohibited immigrant, or is in Ghana without a valid permit, or any of the conditions on which the permit was granted has been broken, or
(c) The presence in Ghana of the foreign national is in the opinion of the Minister not conducive to the public good. An order deporting a person liable for deportation is made by the Minister of Interior by executive instrument, and may be made subject to such conditions imposed by the Minister including deporting the dependents of the person liable to be deported.
Once the deportation order is made, a person to be deported shall leave Ghana in accordance with the requirements of the deportation order and shall so long as the deportation order is in force remain out of Ghana.

In the case of Balogun v. Minister of Interior [1959] GLR 452, four men issued a writ as co-plaintiffs against the Minister of the Interior on March 16, 1959, claiming declarations that the Deportation Orders made against them were null and void on the ground that each plaintiff respectively was a citizen of Ghana.

The fourth plaintiff claimed that he was born in Ghana and that his father, Mallam Imoru, was also born in Ghana. Ollennu J (as he then was) found that it is not denied by the Ministry that by virtue of the places where the plaintiffs and their parents and grand-parents were born as proved, the plaintiffs were citizens of the United Kingdom and the colonies or British protected persons immediately before the commencement of the Ghana Nationality and Citizenship Act, and must by virtue of section four sub-section (1) of that Act each be a citizen of Ghana.

Parliament, and that in the case of the first plaintiff he had stood as a candidate for election to the Accra Municipal Council immediately before his deportation.

On the basis of those findings, Ollennu J held that the uncontroverted evidence on the record leads to the irresistible conclusion that each of the four plaintiffs is a citizen of Ghana, and that the deportation of each of them is prohibited by section three sub-section (1) of the Deportation Act (No. 14 of 1957), which provides, "No citizen of Ghana shall be liable to deportation under this Act.". He further declared the deportation orders L.N. 333, L.N. 336, L.N. 338 and L.N. 339 made on October 17, 1958 respectively against the four plaintiffs null and void.

A citizen can only be exiled from his own country based on an applicable law. Currently we do not have any law that permits a Ghanaian citizen to be exiled from the country. A citizen can, however, opt to go into self-imposed exile.