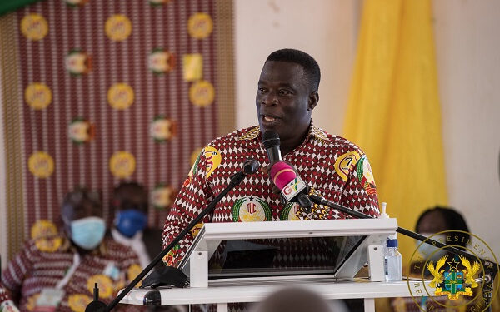 Members of the General Transport, Petroleum and Chemical Workers Union of TUC (GTPCWU of TUC – Ghana) have called on the government and other stakeholders to ensure the ratification of the international convention that provides decency of female employees in the country.

They said the ratification of Convention 190 of the International Labour Organisation (ILO) would help deal with issues of sexual harassment which had become rampant at workplaces.

The union also said the ratification of the ILO Convention 190 would provide decency at workplaces geared towards the progress of work for all workers, especially female employees in the country.

The workshop, held in Takoradi for the Western/Central Zone, was aimed at developing responses and strategies on the ILO Convention 190/Gender Based Violence (GBV) as a framework to integrate clauses on gender-based violence in the union and in workplace into Collective Agreements (CAs) of the union.

In attendance were youth and women zonal executives,  of the Western zone of the GTPCWU of TUC (Ghana).

Also present were the General Secretary,Alhaji Fuseini Iddrisu, the Deputy General Secretary, Mr Francis M.K Sallah and the Gender Coordinator of the union, Ms Cynthia Baah, with the Head, Gender and Child Protection of the TUC, Ms Alberta Laryea Djan, as the resource person.

Taking participants through the ILO Convention 190 and Recommendations 206, Ms Djan said among the recommendations were the need for members of the ILO to adopt appropriate measures to protect workers who work in sectors or occupations and work arrangements which were likely to expose them to violence and harassment.

Those workers, she said, included those who worked on night shifts, in isolation, in the health, hospitality, social services, emergency services, domestic work, transport, education or entertainment industries.

Additionally, the convention and recommendation stressed the need to ensure that provisions on violence and harassment in national laws, regulations and policies took into account the equality and non-discrimination instruments of the ILO.

“The recommendations also encourage the education and awareness campaign by member countries on these issues, thus the TUC considers  this event as timely as it provides a platform for education.

She stressed the need for workers who were harassed to be provided with counselling as they were often subjected to forms of ridicule by colleagues who thought such  incidents were ‘normal.’

At the end of the deliberations, participants proposed that aspects of the convention be added to the Labour Act 2003 (Act 651) which was currently being reviewed as it awaits ratification of the convention.

They also recommended that some clauses on the Convention 190 be included in collective agreements to address issues bordering on gender-based violence and harassment at the workplace.

Again, they called on the national union (GTPCWU of TUC — Ghana) to collaborate with employers to develop a safe and effective dispute resolution mechanism where victims could lodge their complaints, as well as the need for organisations to develop workplace policies on sexual harassment and gender-based violence.