‘A year free of shocks’ 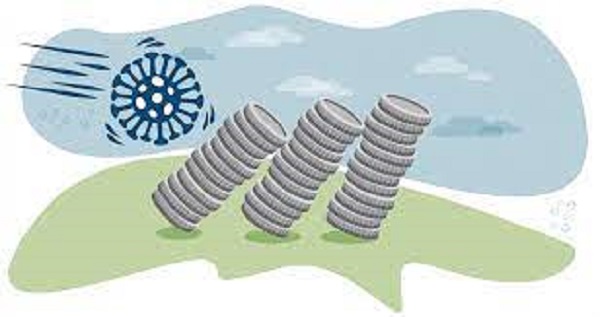 This past year has been marked by a climate of uncertainty, exacerbated by Russia's war in Ukraine and the energy crisis.
30.5k Shares

While scanning the newspapers and online news portals this week, my eyes settled on some few words in a speech by François Villeroy de Galhau, the Governor of the Bank of France. The speech was delivered on January 5, ostensibly to look into the future with an eye on the past.

“I don't know if I dare wish you or wish us, a year free of shocks after those of 2020, 2021 and 2022. This past year has been marked by a climate of uncertainty, exacerbated by Russia's war in Ukraine and the energy crisis. It has also seen increased financial market volatility, compounded by the turmoil in the crypto-asset universe”, Villeroy de Galhau said. He then went on to make two double wishes for 2023, “in this unstable environment”, which were: Less inflation, more stabilisation and less protection, more adaptation.

I was drawn to Villeroy de Galhau’s statement mainly because of the words “a year free of shocks”, which have some connection to the submission l made in this column last week.

Last week, which was actually the first article for this year, I explained why it was important for us to be measured in our expectations this year. “Predicting the future” was the headline and the whole idea, in this 1000-plus word article last week, was to lay the foundation for a calculated risk approach to everything that we do this year. I also mentioned risk, yes risk, because it is with us every day. Eating is risky, sleeping is risky and even doing nothing is risky! So recognise the risk inherent in every situation and provide the right cushions, the shock absorbers that will enable you to handle it.

Well, this week, we have the opportunity to look at another angle of this dialogue. And l will pose this question to set the scene for this act. Is it possible for us to live free of shocks? Villeroy de Galhau dared to wish us all “a year free of shocks” but was also quick to add that “after those [shocks] of 2020, 2021 and 2022”, literally, it could be a tall order.

A tall order it actually is. As I explained in the December 14, 2019 edition of this column, you must have a considerable tolerance for uncertainty because the reality is not always as smooth and certain as we would like. Take the case of the COVID 19 pandemic for example.

The health strain dampened market sentiments and caused a significant drop in output, as business supply chains and trade relationships slumped. The virus did not only affect the physical health of people but also their financial health too, impairing the trading and business relationships. Of course, COVID is an extreme definition of shocks. Some call the COVID-19 pandemic a-one- in-a-hundred-years event. But the truth is that it wasn’t spotted, even if all the risk measures were in place.

This brings me to the 2008 Global Financial Crisis (GFC), which was another shock to the global economy. It is on record that at some point, Queen Elizabeth II, Queen of the United Kingdom and 14 other Commonwealth realms at the time, questioned why no one was able to spot the crisis early enough. The situation, post-shock, exacerbated, and after a decade of winding down the lingering effects of GFC, COVID-19 struck!

Armed with this information, and many others, a year free of shock could be a tall order indeed. The magnitude and scale of shocks may not be at the same level as what has been experienced since COVID-19 struck in 2020 but the consequential effect could shake financial stability somewhat.

In fact, there are emerging risks in the crypto asset market, which analysts believe is a new fault line in the global financial stability fence.

Since the collapse of Sam Bankman-Fried’s empire, there are growing concerns that the uncertainties in the crypto market could stretch global financial stability somewhat.  Described as a 30-year-old billionaire (before his businesses collapsed and subsequent arrest), Bankman-Fried caused a stir on November 8, 2022 when he was forced to sell his crypto firm due to a cash crisis. And that was a very significant move in the market. In fact, at one point Bankman-Fried was valued at US$15.6 billion.

Commenting on the development, the Wall Street Journal (WSJ) wrote that: “The young 30-year-old billionaire was just before that day considered the tutelary figure of the crypto sphere. A sort of godfather to turn to when things go wrong”.

“He owed this image to his tour de force during the summer to bail out and save crypto firms struggling due to a credit crunch caused by the sudden collapse of the cryptocurrencies Luna and UST or TerraUSD, two tokens issued by the Terraform Labs platform”, WSJ added.

In October 2021, the Bank of England’s deputy governor for financial stability, Jon Cunliffe, warned that cryptocurrencies could spark a global financial crisis unless tough regulations were introduced. At the time, Cunliffe’s concerns were about the rate of growth of the cryptoasset market, which had moved from a $16 billion valuation five years earlier to $2.3 trillion in October 2021. “When something in the financial system is growing very fast, and growing in largely unregulated space, financial stability authorities have to sit up and take notice,” he said. Okay….we have rather seen more deterioration in the crypto market since Cunliffe made these observations.

So now that you know that we are not likely to have a shock-free global economy, what are you going to do? I would suggest that since innovation is the highest kite one can fly, it is always important to be innovative and creative to be able to handle unexpected situations. Of course, in last week’s edition we spoke about the need for some risk mitigating measures in dealing with uncertainty. This is another layer.  Creativity or the creative intelligence is that process of assembling ideas by recombining elements already known but wrongly assumed to be unrelated to each other.

No matter the problems, the solutions are not far from us, as it was demonstrated during the pandemic. All we need is to start generating the right ideas—to become creative thinkers. An idea or ideas will make the difference in our generation- thinking outside the box. Sir Winston Churchill once echoed the importance of opportunity recognition (thinking outside the box) when he said that “A pessimist sees the difficulty in every opportunity; an optimist sees the opportunity in every difficulty.” Be ready for all challenges as you are made for that.