The Bell Ringer - An election book for children

BY: Abigail Bonsu
Category: Tell Us Why
30.5k Shares 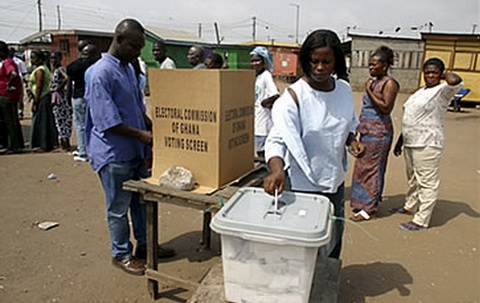 A  book which takes children through election procedures during an election has been launched in Accra.

The book which is entitled ‘The Bell Ringer’ was written by Joyce Ama Addo for children in the upper primary and published by the Afram Publications Ghana Limited.

In an interview, the Managing Director of Afram, Ms Harriet Tagoe, explained to the Junior Graphic that the story “is centred on Mansa Oppong, a Form Two student who decides to contest for a prefect's position in her school, Opeem Primary/ Junior High School.”

She is confronted with o lot of issues like how to pick a form and get it endorsed by some of her friends and teachers to enable her compete with the boys for the ‘The Bell Ringer’ position which had always remained a position for the boys in the school.

Ms Tagoe said though a novel, the story would enable children to have a better understanding of what presidential and parliamentary aspirants go through to be finally given the nod by the electorate.

She said the author basically takes children through the democratic process; that is "how pupils interested in serving as prefects would have to campaign for the positions and later go through secret balloting until the final declaration of a winner.

One particular way of preparation for the elections the book spoke about was debates where candidates gave reasons why they should be elected as prefects instead of their opponents."