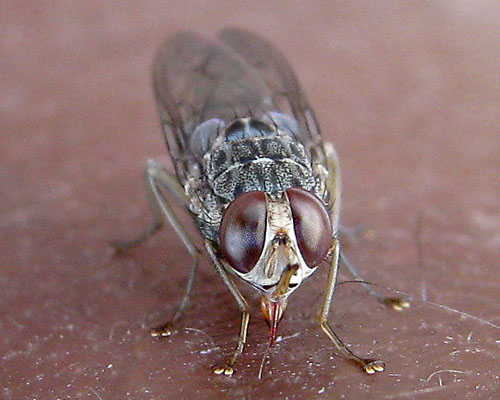 Once upon a time in the animal kingdom, all the animals lived in peace with one another. There was so much happiness and love among the animals until elephant became greedy and selfish.

Elephant controlled everything in the kingdom and when the animals complained, he used his size to bring them into submission. The last straw that broke the camel’s back was when he insisted on being in charge of their main source of drinking water, which was a pond.

Even before the animals could give their consent to this arrangement, elephant had taken over the pond. He stayed day and night by the pond instructing the other animals as to the number of buckets of water they could fetch each day. For big households, he allowed only two buckets a day while for smaller ones, it was a bucket a day.

This arrangement was woefully inadequate for the animals and so it generated wranglings, but like always, none of the animals could stand up to him.

At one of their monthly gatherings, they managed to trick elephant not to be present at the meeting. That way, they could discuss how to deal with his high-handedness towards them. At the meeting, the animals bore it all out . They spoke about how elephant had taken their things from them.

While some complained of foodstuffs he had been taking from them, others said he had taken over their farms. When the issue of who would face him was raised, the entire gathering fell into total silence.

None spoke and the silence was so deafening that should a pin have dropped on the ground at that particular moment, it would have created noise. Then suddenly all they heard was, “I will face him.”

Everybody turned to see which the animal was courageous enough to say it would face the huge and scary elephant. When the way cleared for the animals to see who it was, to their surprise it was none other than the small and tiny tsetse fly.

“Who? You this tiny animal. Can you face the great elephant?” asked one of the animals in a high tone voice. This sent the entire gathering into uncontrollable laughter.

But the laughter rather strengthened the resolve of tsetse fly to face the elephant and so he asked the gathering to give him three days to drive the elephant out of the kingdom. On the first day, tsetse fly met with elephant where he diplomatically asked the later to leave the kingdom in peace or face his wrath.

Elephant burst out in laughter that reverberated the entire room. He was shocked to see the tiny tsetse fly threatening he the mighty one. This action of the elephant made the tsetse fly angrier and by the third day when he hadn’t left and they met, he again asked elephant to leave the kingdom in peace.

When elephant reacted the same way it did on the two previous encounters, tsetse fly could not control its anger and so before elephant could say jack, the tsetse fly was inside the elephant’s nose biting him to the core.

The elephant cried and rolled on the floor but the tsetse fly never came out. Out of pain the elephant fell unconscious.  The other animals of the kingdom rushed and tied him up. By this time, the tsetse fly had left his nostrils.

When he regained consciousness, he was given the option of staying  and getting killed or leaving in peace into exile. Seeing that he had been defeated, he chose the second option where he stayed in exile in a densely populated forest.

He left shamefully sending a message that it does not pay to be a bully or look down on anybody. Furthermore, using force to get things done is wrong.