Short Story: An act of kindness 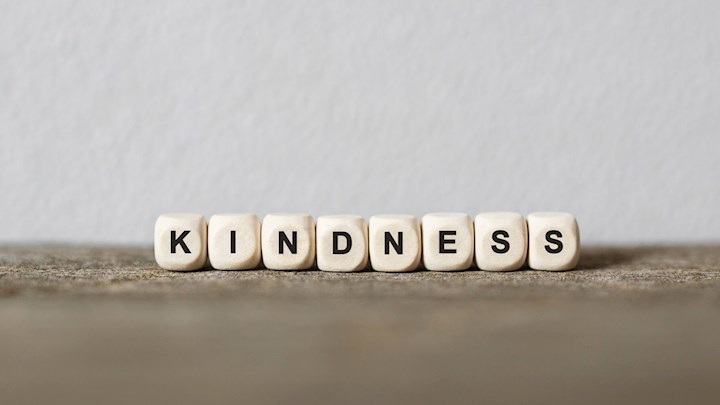 There was great jubilation in the palace and the whole town when the news broke out. The king and queen have been good to the inhabitants of the town since they ascended the throne.

Not only were they good rulers, they treated the people with so much respect, love and kindness that it was common to see people troop to the palace to ask for favours  which  in most cases, they got.

Indeed, God answered their prayers that was why the indigens shared in their joy.

From that period till the time the child was born, the discussions of the king and queen was centred on the baby - the name they would give to the child if it was a boy or a girl. After months of waiting anxiously, the queen gave birth to a beautiful baby girl. The people in the palace and town rejoiced at the birth of the baby girl.

As the king and queen gazed at their beautiful daughter, they were filled with joy and  felt they now have a complete family.   ‘We must celebrate our baby’s arrival with a great banquet here at the palace!” said the king. “And we must make sure to invite everybody, including the seven aged women of the land,” added the queen.

The seven aged women of the town were believed to be the guardian angels of all children born in the town.

As such, during the first week of the birth of any child in the town, they paid them a visit and they presented their gifts to them.  But perhaps, the most important aspect of their visit was for each of them to say something about the future of the child.

Normally, whatever they said came to pass and since sometimes what some among them say was not pleasant, people dreaded their visitations.

In the case of the king and queen, as soon as the arrangement had been made for the banquet, invitations were sent out from the palace to the seven aged women. The king ordered for a special place to be prepared for them to spend the night with them ahead of the banquet.

When the banquet began,  guests travelled from far and near to grace the occasion. When the time came for the seven aged women to present their gifts and make their predictions, they gathered around the cradle of the beautiful princess.

“I offer her the gift of happiness,” said the first aged woman.

“My gift is wisdom,” said the second aged woman.

“She will always be thoughtful and kind,” said the third one.

“And loving and charitable,” predicted the fourth and fifth.

The sixth aged woman bestowed on her gift of charm and gracefulness.  The seventh aged woman, who happened to be the oldest among them all, always predicted doom.Because of this, nobody liked her.

This time, it was the princess of their beloved king and queen she was expected to predict her future and the people expected none of her prophesies. Just as she opened her mouth to talk, the room suddenly grew dark as a shadow fell across the baby’s cradle.

Everyone around got scared and put their hands together to pray. Some could be seen muttering  words but it could hardly be heard.
Seeing the concerned faces of the people and how much they were worried about the beautiful princess, she realised that that was all that the child needed - the love of her people whom she would rule over in future.

No words could describe the king and queen’s joy when they heard what the seventh aged woman said, “this child will become the greatest woman to have ever ruled this kingdom.” “How can we ever thank you?” Sobbed the queen as she tried to dry her tears.

In her response, the seventh aged woman told the king and queen that it was their kind-heartedness towards their subjects that has brought them that good omen.

They should, therefore, continue to be kind to all their subjects and many more blessings would come to their way.

Indeed, the king and the queen continued to be kind to their subjects and they became very great.

Friends, let us learn to be kind for there are lots of blessings in this act.