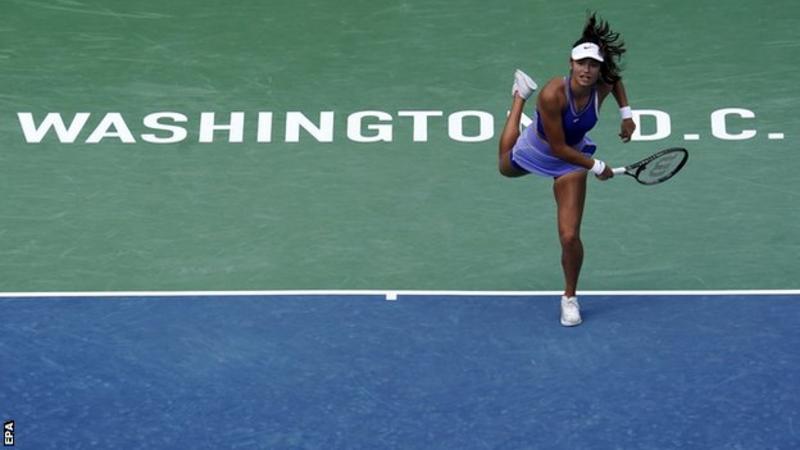 "It just gives you a lot of confidence coming through a match like that," said the British number one.

"For me it was a pretty monumental effort to really get through that," said Raducanu.

"There were many moments in both sets where you want to go for the easy option of trying to finish the point early, but I'm just really pleased and proud of how I dug in when it really mattered."

Raducanu will play Russia's Liudmila Samsonova in the last eight.

Evans, who saved match point but was leading 3-6 7-6 (8-6) 4-1 when Fritz withdrew, faces Yoshihito Nishioka of Japan in the quarter-finals.

Fritz said he felt "embarrassed" at not being able to finish the match, but that he had been wearing a protective boot since Wimbledon last month because of a foot injury.

"I constantly felt like I was going to pass out, my vision was going fuzzy," he tweeted.

"Now that my foot feels better I can finally put in the on-court work and be prepared for the rest of the year. Sorry if I worried anyone."

Defending champion Norrie will play Felix Auger-Aliassime in the last four. He has lost all four of his previous meetings with the Canadian.

"Every time I play Felix he plays really well and has beaten me every time, so I am going to have to play well," Norrie said.