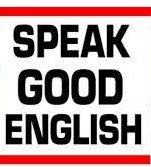 In last week’s discussion, we looked at sentences in which reference is made to two people by way of description but which may be referring to just one person.

We said, for instance, that the expression:

My brother and my sister....

refers to two people, for which reason we have to use a plural verb, as in:

My brother and my sister have travelled outside the country.

refers to only one person, for which reason we must use a singular verb, as in:

My brother and sister has travelled outside the country.

If we write or say:

My brother and sister have travelled outside the country

it is incorrect, grammatically speaking, because we have used a plural verb for a singular subject, even though we have made mention of two people.

It is for this same reason that the following sentences are incorrect:

If each of these sentences does actually refer to two people, then both items of description must be preceded by determiners — words that are used before nouns in order to show which thing you mean.

Determiners include a/an, the, some, my, his, your, etc.

So for sentence 1. above to be correct, we must precede the noun girl with the determiner the, to make the sentence read:

The boy and the girl attend the same school.

We can correct the other sentences in the same manner:

Always bear in mind this principle: if you mean to talk about two different people, always precede both nouns with determiners.

On the other hand, if you are talking about one person whom you describe in two ways, then only the first noun must have a determiner.

So the following refers to one person:

my senior and friend

our friend and church member

your brother and classmate

the pastor and choirmaster

the founder and financier

the headmaster and patron of the club

the senior prefect and captain of the school team

In complete sentences, each of these expressions must agree with a singular verb because each expression is grammatically singular.

The senior prefect and captain of the school team has won a scholarship to study abroad.

Your brother and classmate is always late to school.