Short Story: The price of jealousy 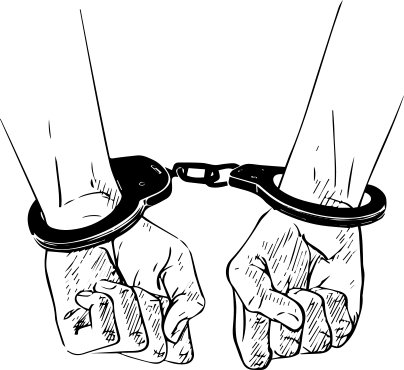 James Timah looked at the doctor for confirmation. The doctor also looked at him and nodded slowly.

James’s mind raced back to his house; he had seen his sister in his house, and in the church. Then he turned back to look at the doctor.

“And you say poison made my wife sick?”, James asked doubly. The doctor was numb. Then, he began to nod his head slowly, “I’m afraid it is so, Mr Timah. Now, you have to ensure that poisons are kept away from your house”.

“But I don’t keep poison in my house,” James hit his fist on the doctor’s desk as he said this: “It is my sister who brings a lot of drinks to us. She says it is courteous to bring us something when she visits.”

“No hold on, Mr Timah, I don’t think your sister can poison her own sister-in-law. What will be the basis for her action? Please don’t come to such a conclusion. Investigate it well,” the doctor retorted and started walking towards the door.

At the door, he paused as if he had just remembered something. Then he turned to Mr Timah and said: “I am sorry to pry into your family matters. Please forgive me, it was very unprofessional of me. Mr Timah. Please you can go and see your wife now, she is resting in her room,” the doctor said and walked out.

Mr Timah rushed to the Intensive Care Unit of the hospital, where his wife lay. Her curly hair looked unkempt. He observed her quietly and saw that the poison had creased her face. He knew that his sister had something to do with it.

Her locally made drinks were so irresistible that he and his wife were tempted to try but each time, his sister told him it was a drink for women. He rushed into his car and started driving towards his sister’s house.

Mrs Adjei, Mr Timah’s sister, was relaxing in the backyard when she heard the doorbell ring and went to answer it.

“Oh James, it’s good to...”, she paused when she saw the serious look on his face. Before she could say, Jack, Mr Timah had dragged her to the backyard and was holding her hands tightly.

“Don’t pretend anymore, sister”, he hissed, tightening the grip on his sister’s hands. “What did you do to Diana?”

Mrs Adjei looked shocked for a minute, then stood there smirking. “It actually took you this long to know? Truly, it’s good since your naive wife thought I’m her best friend,” she said maliciously.

James suddenly felt dizzy as he held his sister. His sister offered him a chair but as soon as he sat down, he asked his sister to tell him why she had poisoned his wife or he would call the police and pulled out his phone to dial a number.

“What are you doing?”, Mrs Adjei demanded as she stared at him in horror. He ignored her and shouted at her to tell him the truth.

“Ok, ok I was jealous ok, I was jealous of her. You give her everything but what do you give me, I am your sister! I wanted to kill her so that you would also take care of me.

Mr Timah could not believe his ears. Was this the only reason for her wicked act? “But I take care of you, Eunice. When you ask me something, I give it to you so why are you still jealous,”? Mr Timah asked.

She later started begging and wailing:”

I am so sorry, James I wanted more, I wanted it to be only me because my husband does not treat me the way you treat your wife. That is why I am jealous. I am so sorry, please forgive me and don’t call the police. I will never do that again”.

In less than 15 minutes, the sound of police sirens made Mrs Adjei feel like dying. As she was being led away, she screamed and yelled, begging for mercy.

When James watched the police cars, his eyes welled up, wondering how someone he loved could do this to him. Worse, his own sister.

And she was his only sister too. He felt betrayed by his own blood and knelt down in agony. He would not shield her anymore. She had always been like this since childhood but he thought adulthood would make her change, but he was wrong. This is a crime and she has to be punished for it. It is a criminal offense to take someone’s life. That was the price she had to pay for being jealous.