The International Left-handers Day was celebrated recently.  It is a day set aside to acknowledge those who, unlike the majority of the population, are born left-handed.

Junior Graphic interviewed some children who are left-handed to share their joy and challenges.

My teacher tried to stop me from using my left hand but I continued to use it.
I am sure it was because at that time I was confused about which hand to use to greet and  also give things to people.
I think children should be allowed to use the hand that they are comfortable with and no one should try to stop them because they get confused.

I used to greet and do other things with my left hand and my teacher forced me to stop.
I told my mother about it and she came to my school to complain but the teacher kept forcing me, so eventually I had to stop and use my right hand.
My handwriting is fine and I don’t have any problems with my studies but I don’t think it is fair to stop children from using their left hand. 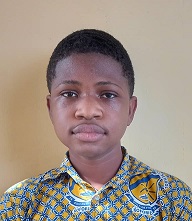 So far, I have not faced any challenges and nobody has tried to stop me from using my left hand to do things.
My brother, however, was left-handed but he told me our mother stopped him from using it without any reason so  he now writes and does everything with his right hand.
According to my teacher, I have one of the best handwritings in my class so if I am given an option to choose, I will still prefer to be left-handed.

Sometimes I feel a bit awkward when I am the odd one out because I am left-handed.
Other times too, I feel good about it. There are 35 students in my class but there are only two students who are left-handed. That makes us unique.
When I was in kindergarten my teacher was harsh on me because I am left-handed. She forced me to write with my right hand but she was not successful.
My brothers also suffered the same fate and they ended up as right-handers.

To me, being left-handed is difficult because sometimes it creates problems for me.
The reason is that I am used to doing things with my left hand so sometimes I forget and present things to people with it, which is not good in Ghanaian culture. Sometimes people get offended when I use my left.
My father, who is also left-handed, said when I was a toddler he tried to stop me from using my left hand to write because it was difficult to write with it, but my mother stopped him.
I am not happy using my left hand to write because it is difficult to write with it.
However, I feel good when I am praised for my good handwriting. They say God knows why he created everyone unique. Who knows, maybe through this interview, many people will read about me.

It is not advisable to stop children from using their left hands because it sometimes affects their intelligence and their handwriting.
My son was forced by his teacher when he was very young to stop using his left hand. I didn’t notice it but when I did, it was already too late.
Although it did not affect his intelligence, the same cannot be said about other children who might get confused about why he or she is being asked to stop using his or her left hand.
My son’s handwriting is not so legible.
When children get confused about which hand to use to greet or give out things to people, parents and teachers should guide them to do the right thing rather than forcing them to stop using their left hands entirely.