How did fairy tales begin? 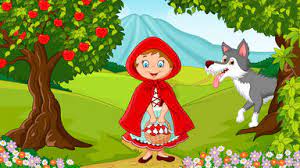 When you read a fairy tale that you enjoy very much, you may imagine that the author of the book made it up. If the book was written in modern times, this may be so. But did you know that long ago people did not invent fairy tales?

The great storytellers used to simply report what they had heard, for the stories had existed for thousands of years. According to some people, many fairy tales are based on a memory of something that really happened.
But, of course, one has to look beyond the mere incidents of the stories to find out what it was.
Human beings love the unknown and the mysterious. As a result, when stories are handed down from parent to child, happenings that once upon a time were quite ordinary are made to appear almost supernatural another day.
Whatever the actual beginning of fairy tales, there is no doubt that people once believed in fairies.

Some of the fairies they believed in were just like human beings, except that they had all sorts of magical powers. They make themselves invisible or change their forms, often appearing as animals or birds. They could pass through walls and other solid objects. They could foretell the future. Some were immortal; others lived hundreds of years.
Today, almost everyone thinks of fairies as those tiny beings with gauzy wings about whom the poets wrote. But the people themselves believed there were many different types of fairies. Some were measured by inches, some were a few feet high, and some were the size of humans. And not all had wings. In fact, they didn't seem to need wings. They could change stalks into horses, or had fairy horses on which to ride.
The names and types of fairies that were supposed to exist in various countries are familiar to most of us-pixies, elves, leprechauns, brownies, goblins, gnomes, and so on.