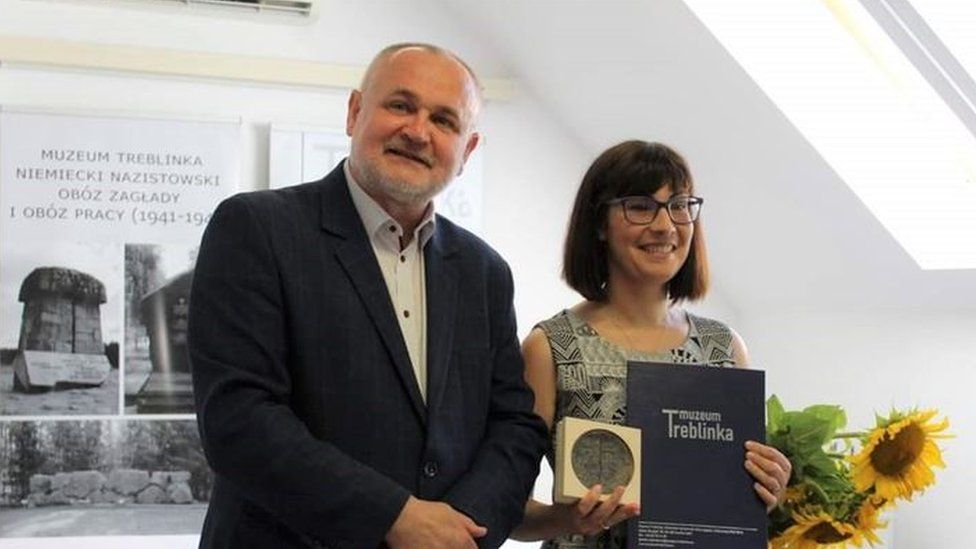 An archaeologist has been honoured for her ongoing work investigating crimes at a Nazi extermination camp.

Professor Caroline Sturdy Colls, of Staffordshire University, was presented with the award for her work at Treblinka in Poland.

The medal is the second one to be awarded by the Treblinka Museum.

The museum thanked her for "extensive efforts to honour the victims who were murdered in the camps and to educate future generations."

More than 800,000 European Jews, Poles, gypsies and political prisoners were killed at the site, between 1942 and 1943.
She became the very first archaeologist to work there, using new techniques, since investigations were last carried out in the 1940s.
"I remain committed to uncovering the evidence that the Nazis tried to hide at the camps and to trying to uncover the stories of the people they tried to erase," she said.

The archaeologist was presented with her medal in the presence of 94 year-old Holocaust survivor Ike Alterman, whose mother, brother and sister were murdered in the camp, said the university.

Since 2010, Prof Colls has carried out archaeological investigations and historical research as part of the Finding Treblinka project.