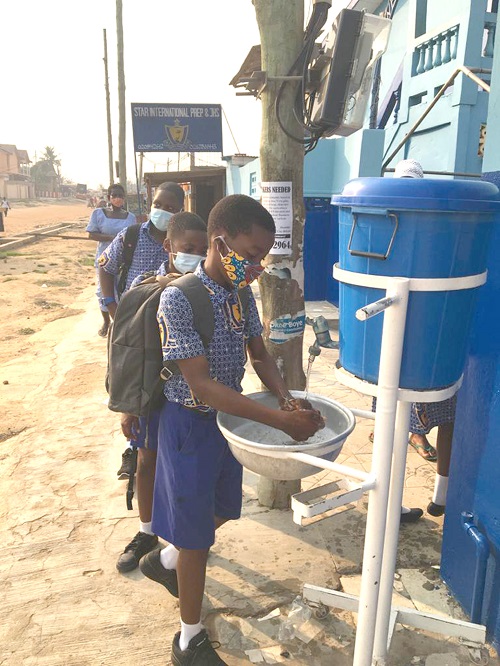 Young people have been advised to take the practice of hand hygiene which is the washing of hands with soap under running water seriously to avoid the transmission of harmful germs and prevent infections.

The World Health Organisation (WHO) and the Centres for Disease Control and Prevention (CDC) say hands are the main pathways of germ transmission and hand-washing is one of the best ways to protect you and your family from getting sick.

Washing hands can keep you healthy and prevent the spread of respiratory and diarrhoeal infections from one person to the other.

Additionally, they have to avoid getting into contact with sick people including their clothes or linens.

The Director of Public Health, Dr Franklin Asiedu-Bekoe, gave the advice on the backdrop of confirmed cases of the Ebola Virus Disease (EVD) in Guinea.

Although Ghana has no reported case of the disease, Dr Asiedu-Bekoe said it was important to raise awareness because Guinea was not too far from Ghana and also to alert health staff to be able to pick up cases of Ebola early.

Last week, Guinea declared that it was dealing with an Ebola epidemic after at least three people died from the virus.

Dr Asiedu-Bekoe said one could get infected through direct contact with the broken skin, or the mouth and nose, with the blood, vomit, faeces or bodily fluids of someone who had the virus.

The symptoms of Ebola, he said, included fever, headache, diarrhoea and joint pains. In the advanced stage, it may present with vomiting blood, bloody diarrhoea and internal or external bleeding.

He said it was important to avoid getting into contact or handling animals known to be reservoirs of the Ebola virus. They include chimpanzees, gorillas and bats.

“It is not only the eating of these animals but it is also about handling of such animals because the animal may have blood or other secretions around it and as you handle or cut it, you may get infected,” he added.

Dr Asiedu-Bekoe advised people to avoid coming into contact with dead bodies because it was possible to get infected several days after such a contact.

Fortunately, he said, Ghana had a laboratory to diagnose Ebola and so when there was a suspected case of Ebola, the blood sample would be sent to the Noguchi Memorial Institute for Medical Research for testing.

There is also a vaccine for Ebola and treatment is based on symptoms of the infected person.