Could primary schools reopen before Easter? 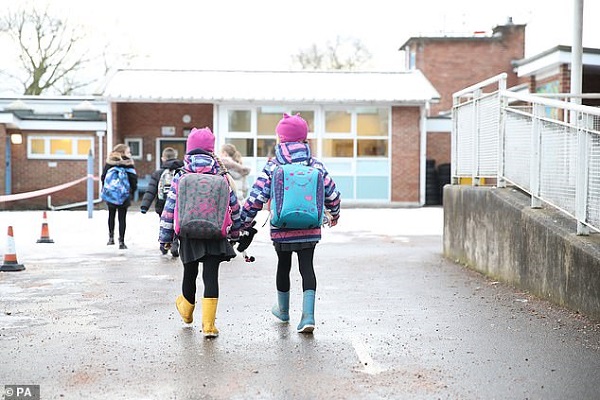 There was a 'strong case' for allowing primary-aged children to restart lessons at school, because of the low risk of spreading the infection. Credit: dailymail.co.uk
30.5k Shares

Primary school pupils could return to class before Easter in a boost for under-pressure families, a minister hinted today as medical experts suggested it was safe.

He spoke after a Public Health England expert said there was a 'strong case' for allowing primary-aged children to restart lessons at school, because of the low risk of spreading the infection.

“Everything we have learnt from the summer half-term and the recent autumn term indicates that they are safe to remain open,” PHE's chief schools investigator Shamez Ladhani said.

'The infection rates are much lower among primary school children than secondary - I think it is five times higher in secondary schools.

'I think once we see the national infection rates continue to drop - we still have 37,000 people in hospital with Covid, but once we get to a place where schools can be safely reopened, it will be the first thing we do.'

Education Secretary Gavin Williamson is expected to confirm this week that hopes of a full return immediately after the half-term break next month have been abandoned.

Ministers have hinted that the reopening of schools could be delayed until after Easter - or even until May - prompting fury from many Conservative MPs.

The initial focus is likely to be on the youngest primary pupils who are hardest to teach remotely, and on older children in exam years.

Options to allow a return to school in areas where the virus has declined most sharply could also be considered, although a national restart is favoured.