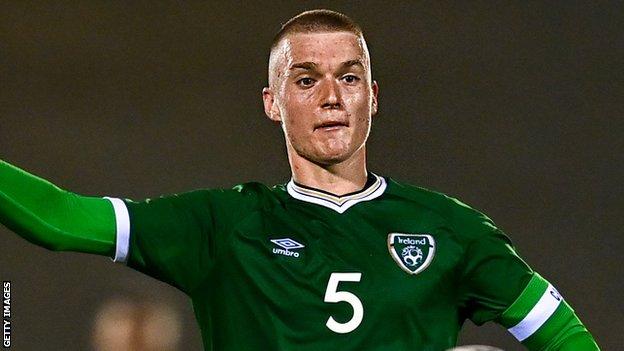 The 17-year-old centre-back moved to the Serie A champions on loan at the end of January, with the Italian club having now exercised their option to sign him on a permanent deal.

Heffernan, who was the Republic of Ireland Under-17 captain, made his senior Cork debut in 2021.

He played his first match for AC Milan's Primavera 1 side in March.

Heffernan had previously played for Cork at under-15, under-17 and under-19 level after joining the League of Ireland Premier Division club from Ringmahon Rangers in 2019.

"Cathal has clearly done well while on loan and is now getting the opportunity to sign permanently," said Liam Kearney, Cork City's head of academy.

"That he is getting this opportunity is a testament to his own hard work and dedication, as well as the work put in by his coaches at Ringmahon Rangers and here at our academy."

Heffernan's father Rob is an Olympic bronze medalist in race walking, while his mother Marian competed in the women's 4×400m relay at the London 2012 Olympics.