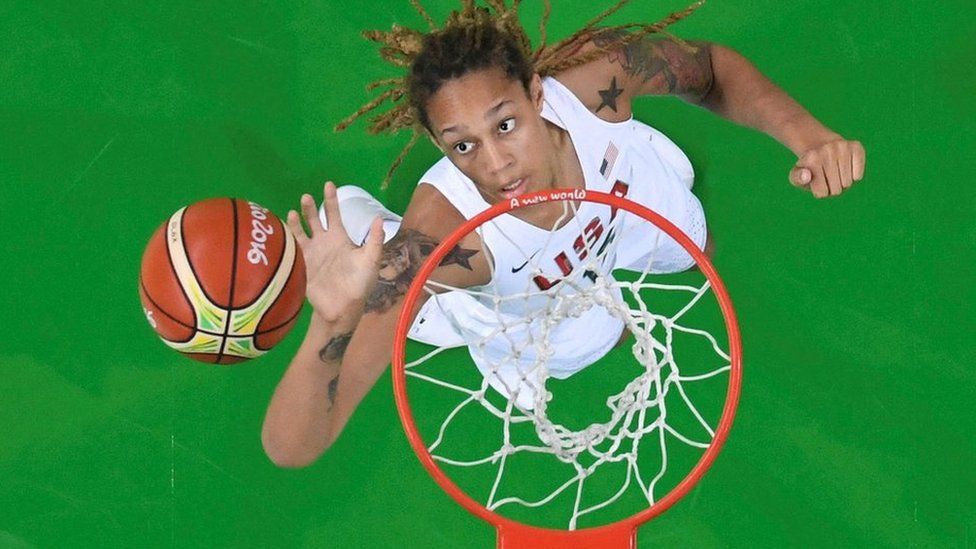 Ms Griner is considered one of the most dominant players in her sport's history.
30.5k Shares

Brittney Griner, the American basketball superstar detained in Russia, has written to US President Joe Biden pleading for help.

Ms Griner has been held for over four months on what Russia says are drug charges.

In the letter, which arrived on Monday, she wrote about her fear that she might never return to US soil.

"President Biden has been clear about the need to see all US nationals who are held hostage or wrongfully detained abroad released, including Brittney Griner," said a spokeswoman from the National Security Council on Monday.

US authorities also reiterated that they are working "aggressively - using every available means - to bring her home".

While much of Brittney Griner's letter to the president has been kept private, excerpts reveal her mental state during detention.

Ms Griner also reminded the president in her letter, which arrived on US Independence Day, of her father's military service in Vietnam.

"On the 4th of July, our family normally honours the service of those who fought for our freedom, including my father who is a Vietnam war veteran."

"It hurts thinking about how I usually celebrate this day because freedom means something completely different to me this year" she added.

And she asked the president not to forget other US citizens detained by Russia.

Ms Griner has been held in Russia since her 17 February arrest at Moscow's Sheremetyevo airport after cannabis oil was allegedly found in her luggage.

She is currently on trial and if convicted could face up to ten years in prison.

Fewer than 1% of defendants in criminal cases are acquitted in Russia.

However unlike in US courts, even if she is acquitted, Russia's government has the authority to overturn any decision and send her to prison.

One of the most successful players in female basketball, the double Olympic champion plays the Women's NBA (WNBA) off-season in Russia.

Ms Griner plays in the EuroLeague team UMMC Ekaterinburg, where she has worked since 2014.

Roughly half of WNBA players compete overseas in the off-season.

For most, it's a way to augment their domestic income, with WNBA players being paid roughly five times more in Russia than they do in the US.

Ms Griner's trial comes amid Russia's war in Ukraine and her detention was days before the invasion of Ukraine.

While there is no indication that Ms Griner's arrest was connected to the invasion of Ukraine, some US officials have indicated strained US-Russian relations may jeopardise her safe return.

"We don't want Ms Griner to become a pawn in the political battle that's being waged throughout the world right now," said US congressman John Garamendi, a member of the House of Representatives' armed services committee in June.

"The war in Ukraine has essentially severed diplomatic ties between the US and Russia," Mr Garamendi said. "That is going to exacerbate this issue."

Russia denies that her detention is motivated by US-Russia tensions.