A new case of Ebola virus detected in DR Congo 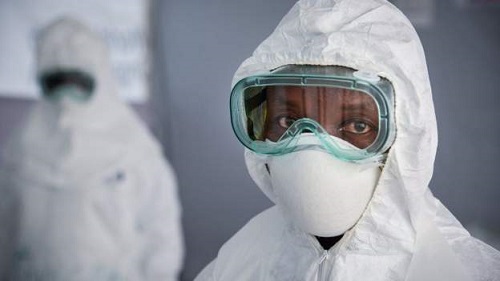 Health workers in DR Congo have had to deal with multiple outbreaks of Ebola over the years
30.5k Shares

A new case of the Ebola virus has been detected in the east of the Democratic Republic of Congo, the country's health ministry says.

A woman from the town of Biena near the city of Butembo has died from the disease.

The authorities say they are sending a response team to the area.

This would be DR Congo's 12th Ebola outbreak.

The previous one occurred nearly three months ago in the west.

It progresses to vomiting, diarrhoea and both internal and external bleeding

People are infected when they have direct contact through broken skin, or the mouth and nose, with the blood, vomit, faeces or bodily fluids of someone with Ebola

Patients tend to die from dehydration and multiple organ failure