raqi forces with the support of the U.S. are now in control of Baiji city, military and militia sources told CNN on Sunday.

He credited the U. S. with "a significant role supporting" Iraqi ground forces in the assault. He did not provide specifics on what kind of support the forces received. 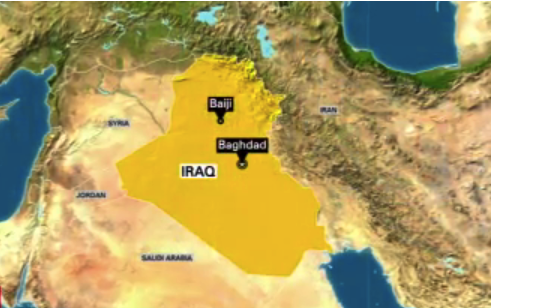 "We can announce that Baiji city is completely liberated and the Iraqi flag was raised over the governor building," said Muhammed al-Eqabi, a spokesman for the Hash al-Shaabi Shia militia.

ISIS forces, who had seized the city, fled back toward Mosul and were under air attack while retreating, according to Ibrahim.

ISIS forces had left booby traps throughout the city, he said, and there are still small pockets of resistance.