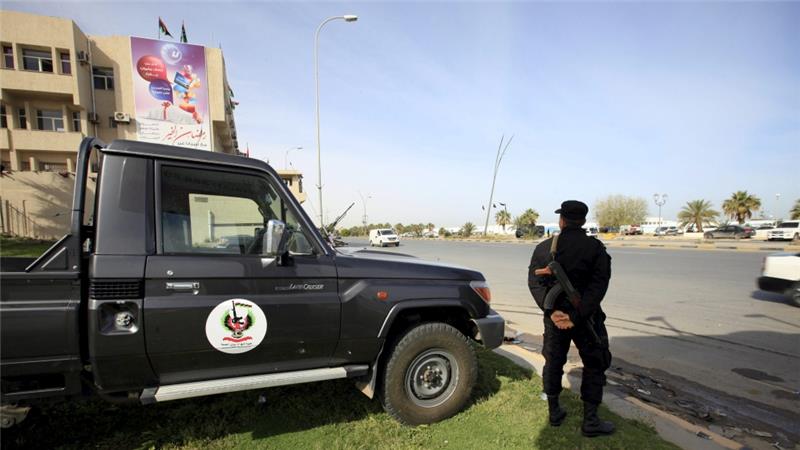 Libya's UN-backed government has suffered a new setback after forces loyal to a political rival seized key offices in the capital and proclaimed the reinstatement of the former administration.

Khalifa Ghweil, who was prime minister in the unrecognised National Salvation Government, announced his administration's comeback from inside the headquarters of the former parliament after his militia supporters seized the building in Tripoli on Friday night.

Ghweil, who has been sanctioned by the EU for obstructing the peace process, called on the internationally backed government of Prime Minister Fayez Serraj to stop work.

He also called for a direct unity deal with a third rival administration in eastern Libya instead of the UN-backed peace deal that brought Serraj and his allies to Tripoli in March.

Serraj's Presidency Council denounced the move and said it had ordered the arrest of "those politicians who are attempting to create parallel institutions without any legal justification".
On Saturday, UN Libya envoy Martin Kobler also condemned what he described as "yesterday's attempt to seize" the headquarters of the former parliament.

The UN-backed Libyan political agreement "remains the only framework for a peaceful solution in Libya and I urge all political stakeholders to unify behind it", Kobler said.

Despite the developments, no clashes were reported in Tripoli and there were no unusual signs of tension on Saturday morning.

The overnight developments, which apparently followed a dispute over payment of wages to Serraj's presidential guard, were the latest in a series of setbacks for the UN-backed government.
Inside Story - Is Libya the answer to the refugee crisis in Europe?

It was supposed to solve the split between factions that dominate western Libya and had backed Ghweil's government, and the ones who dominate the elected parliament based in Tobruk in eastern Libya.

But Serraj's proposed government line-up was rejected in August by the Tobruk parliament. Then in September, forces loyal to Tobruk military chief Khalifa Haftar seized the country's key oil ports from
an ally of Serraj.

Libya has suffered from political and security chaos since longtime leader Muammar Gaddafi was overthrown in a 2011 uprising.

Resolving its conflict became a priority for European and other powers when it emerged as a hub for people-smuggling across the Mediterranean and the Islamic State of Iraq and the Levant (ISIL, also known as ISIS) group carved out a territory on its central coast.

Militias aligned to Serraj's government have now forced the armed group from most of that area and are attempting to recapture their last holdouts inside the central city of Sirte.