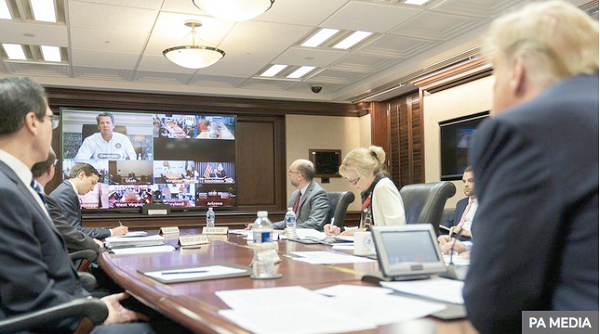 The government is pledging to reshape an "outdated international system" to better protect the UK's interests and values, in a year-long review of post-Brexit foreign and defence policy.

New alliances should be formed as the UK shifts focus towards Indo-Pacific countries such as India, Japan and Australia, it says.

The review also paves the way for an increase in nuclear warheads.

Labour says the strategy will leave the UK "woefully unprepared".

Prime Minister Boris Johnson will later detail the results of the Integrated Review of security, defence, development and foreign policy, which the government says will address "the challenges and opportunities the UK faces in a more competitive world".

They will include a White House-style situation room built in the Cabinet Office as well as a new counter-terrorism operations centre intended to improve the speed of response to terrorist incidents.

Sir Alex Younger, a former head of MI6, told BBC Radio 4's Today programme the gap between western nations and China had closed in important ways during the coronavirus pandemic, and a new approach was now needed.

While he said there was "no sense declaring a new Cold War", Sir Alex admitted both China and the Russian government presented "generational" threats to Britain.

Asked hypothetically whether one solution could be for the UK to finance a real-world version of "Q", the fictional equipment expert in the James Bond film series, Sir Alex agreed, saying Britain can "generate strength by maintaining mastery" of new technologies.

Challenged about the potential increase in the number of nuclear warheads, Foreign Secretary Dominic Raab told BBC Radio Scotland the government wanted to maintain "a minimal credible deterrent against the very worst threats that we face".

Setting out the conclusions of the 100-page document, titled Global Britain in a Competitive Age, the prime minister is expected to say that he is "profoundly optimistic" about the UK's place in the world and its "ability to seize the opportunities ahead".

"The ingenuity of our citizens and the strength of our Union will combine with our international partnerships, modernised Armed Forces and a new green agenda, enabling us to look forward with confidence as we shape the world of the future," he will say.