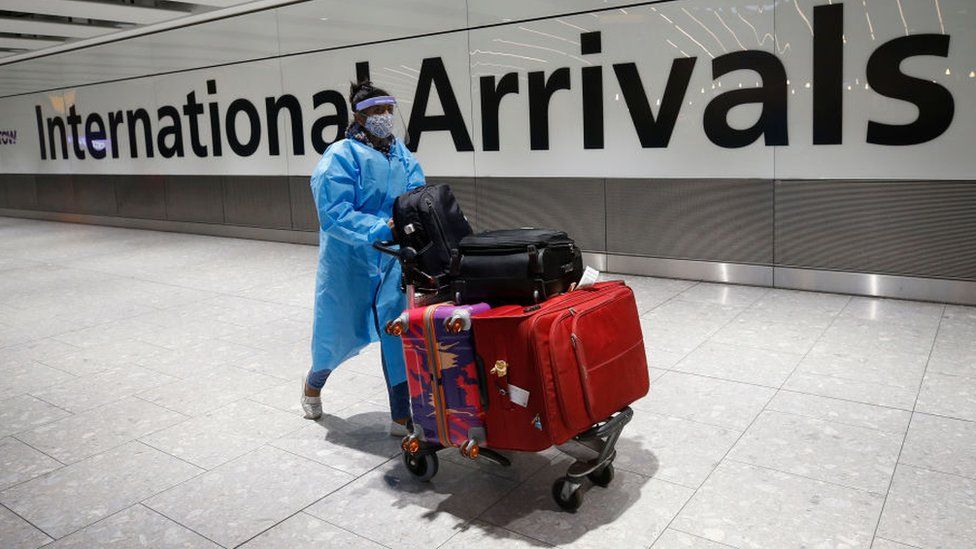 The government has said that all 11 countries will be removed from the UK's travel red list from 4am on Wednesday.

The red list was reintroduced in late November as a precaution after the emergence of the Omicron variant.

But Health Secretary Sajid Javid said it had spread so widely the rules no longer had much purpose.

"Now that there is community transmission of Omicron in the UK and Omicron has spread so widely across the world, the travel red list is now less effective in slowing the incursion of Omicron from abroad," he told Parliament.

"Whilst we will maintain our temporary testing measures for international travel we will be removing all 11 countries from the travel red list effective from 4am tomorrow morning."

All UK arrivals from red list countries are required to pay for and self-isolate in a pre-booked, government-approved hotel for 10 days.

But with all 11 countries being removed from that list, it was confirmed that those currently in managed quarantine would be allowed to leave early and "follow the rules as if they had arrived from a non-red list country".

Some travellers had paid thousands of pounds to stay in government-approved quarantine hotels, with complaints of chaotic organisation and inedible food during their stays.

Anyone who has tested positive will have to remain in isolation, the Chancellor of the Duchy of Lancaster Stephen Barclay told the House of Commons.

Mr Javid also said earlier he was "very persuaded" by calls to reimburse people and hoped to make an announcement on that soon.

The move follows anger from African countries, with the UN describing the ban on non-UK residents entering England as "travel apartheid".

South African Tourism Minister Lindiwe Sisulu said the UK announcement had "come just in time to allow families and friends to unite over the festive season".

The travel industry had also warned the restrictions were hurting business.

Currently all arrivals, regardless of where they fly from, must take Covid tests within 48 hours of setting off for the UK and PCR tests within two days of their arrival.

"If the red list isn't necessary, given that Omicron is established here at home, then neither are the costly emergency testing and isolation measures imposed on even fully vaccinated travellers, which again put us completely at odds with the rest of Europe," he said.

Transport Secretary Grant Shapps said these testing measures would be reviewed in the first week of January.

"As always, we keep all our travel measures under review and we may impose new restrictions should there be a need to do so to protect public health," he said on Twitter. 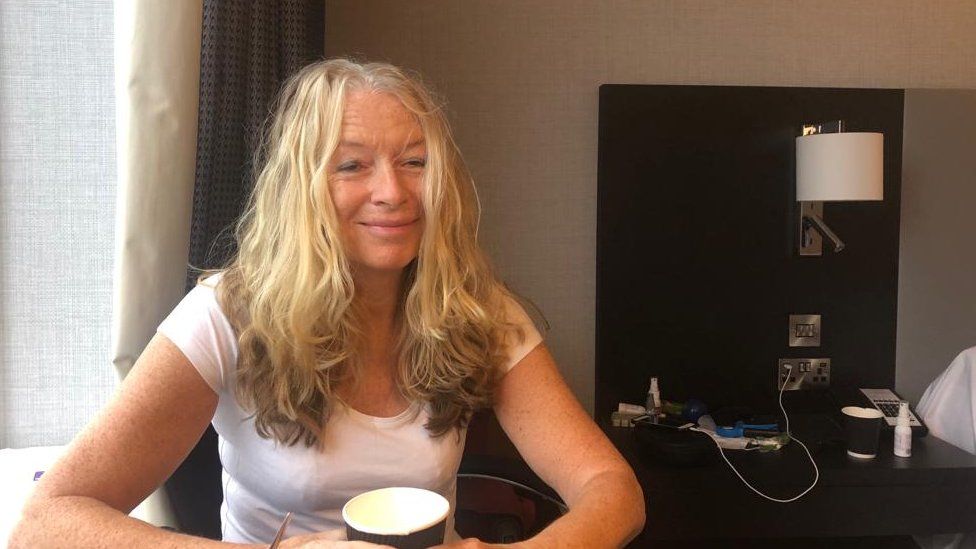 Alison Stitt says her experience in a quarantine hotel pushed her to the point of meltdown.

She was in South Africa visiting her father for his 90th birthday when the country went on the UK's red list.

It took days to rearrange a flight home on the same date that a quarantine hotel room was available. They had to stay longer in their AirBnB and re-book their car hire while they waited - on top of extending their car parking and kennels bookings in the UK.

Now she and her husband David are at a hotel near Gatwick.

Alison says the total cost of their extended stay in South Africa and paying for their quarantine facility has been at least £5,500.

"It was one expense after another. It's all going on credit cards. It was meant to be a budget trip."

She describes the experience of going into quarantine as a farce. "We were herded into coaches after we landed. We got lucky coming to Gatwick, some were going to Manchester."

Alison says her room is clean and modern, but she doesn't feel safe in the hotel, saying she's seen guards sneezing with their masks down.

The hotel had to be evacuated last week because of a fire alarm.

"We know someone has tested positive in the hotel. They came to re-test us, saying that we had been exposed to someone with Covid during the fire alarm."