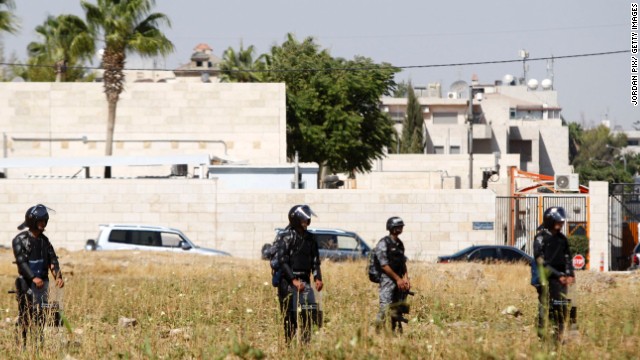 (CNN) -- What started as an unprecedented move to close almost two dozen diplomatic posts for a day has broadened to week-long closures for most of them as the United States mulls the threat of a possible attack.

A trio of factors prompted officials to extend most of its embassy and consulate closures until Saturday: an intercepted message among senior al Qaeda operatives, the end of Ramadan, and concerns over several major prison breaks in the region.

Originally, officials decided to close 22 embassies and consulates this past Sunday -- a day when they would normally be open for business.

But Sunday afternoon, the State Department extended embassy and consulate closures in 15 of the locations through Saturday, and added four other posts -- all in Africa -- to the list. This brings the total to 19.

"This is not an indication of a new threat stream, merely an indication of our commitment to exercise caution and take appropriate steps to protect our employees including local employees and visitors to our facilities," the State Department said.

The statement, however, does not address why then it added four additional posts.

The closures stretch across a swath of Africa and the Middle East -- as far south as Madagascar and as far east as Oman. A U.S. global travel alert is also in place.

An intercepted message among senior al Qaeda operatives in the last several days raised concerns that led to the closings of embassies and consulates Sunday, CNN has learned.

CNN has agreed to a request from an Obama administration official not to publish or broadcast additional details because of the sensitivity of the information.

One area of particular concern is Yemen, where the government is "on high alert against possible attacks in the days to come," said a senior U.S. security official.

Three sources said the United States has information that members of the Yemen-based al Qaeda in the Arabian Peninsula are in the final stages of planning for an unspecified attack.

One of the sources said such preparations appeared to have increased in recent days.

Another factor that contributed to the closures is several major prison breaks in the region.

Over the weekend, Interpol warned that al Qaeda has been tied to the prison breaks that led to the escape of hundreds of terrorists and other criminals.

-- On July 23, an al Qaeda group claimed responsibility for attacks on two Iraqi prisons that a lawmaker said freed more than 500 inmates, including some senior members of the group.

-- On July 26, about 1,200 inmates spilled out of a prison in Benghazi, Libya.
-- And on July 30, Taliban gunmen wearing police uniforms attacked the largest jail in a northern Pakistani province, allowing about 200 inmates to escape, authorities said.

A third factor prompting the closure is the end of Ramadan. Depending on when a new crescent moon is seen, the Muslim holy month could end Wednesday or Thursday.

Ramadan's end is celebrated with the Eid-al-Fitr festivities -- a three-day holiday in most Muslim countries.

The State Department, in announcing its closures, alluded to this saying "a number of our embassies and consulates were going to be closed in accordance with local custom and practice for the bulk of the week for the Eid celebration at the end of Ramadan."

Britain also announced its embassy in Yemen will remain closed through the end of Eid "due to continuing security concerns," the embassy said in a statement.

CNN national security analyst Frances Fragos Townsend said there could be a strategic reason for shutting down the diplomatic offices.

"Once you take targets away, it buys you additional time to try and disrupt, to identify the cell, the operators in country and the region, and work with your partners in the region to try and ... get them in custody or disrupt the plot," she said. "So, some of this operationally is about buying time."

A total of 19 U.S. embassies and consulates will be closed Monday through Saturday.

The following four embassies have been added: