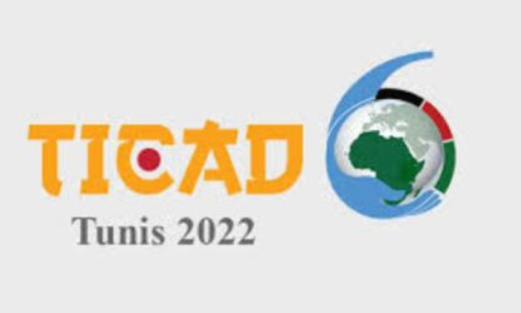 The meeting briefed the press on the upcoming TICAD8 conference in Tunisia this year August and solidified and implement the intended objectives and strategies set in its operations.

The meeting was facilitated by Senior officials of the Ministry of Foreign Affairs, Japan and JICA's representatives and had over 84 participants in attendance virtually.

Resources persons highlighted the need to focus on the above-mentioned pointers at the upcoming TICAD8 conference in Tunisia this year.

Major emphasis on JICA's approach to Africa was hinged on these areas; people-focused and human security, Africa's ownership and co-creation of Africa and effective use of Japan's development.

Japan, through JICA seeks to empower the various African countries towards a sustainable, self-reliant economy by focusing on a resilient, inclusive and a prosperous Africa.

The TICAD8 conference for that matter is of significant step for Africa's development.

Climate change, one of the lead pointers to be discussed at this year's TICAD8 conference, has become very necessary. African countries are to implement the Nationally Determined Contributions (NDCs) in collaboration with various partners.

Issues of biodiversity loss, environmental degradation, disaster risks, ocean and related maritime challenges are some of the major problems facing Africa's sustainable development. This upcoming TICAD8 is therefore crucial in discussing these challenges further and how to fully mitigate it.

It was again highlighted that towards the TICAD8 to be held in August, Japan will continue to work to achieve Universal Health Coverage (UHC) in Africa based on the concept of human security with the objective of "leaving no one's health behind".

The meeting again highlighted on the need for Regional integration with the One Stop Border Post (OSBP) initiative across the African sub-region. This initiative was highlighted in 2008( TICAD4).

This idea is to facilitate cross border movement by streamlining necessary procedures with one stop in a single facility. By this 14 countries in the East, South and Western Regions will benefit from the OBSP initiative under the collaboration with AUDA-NEPAD.

The meeting emphazied that Japan's contributions over the last three years spans close to $20billion.

TICAD is a high level international conference on Africa's development initiated by Japan in 1993.

Japan has led this forum with its history of over a quarter-century to promote African development while respecting African ownership.

This year's TICAD8 conference is scheduled for Tunisia on August 27 and 28th.