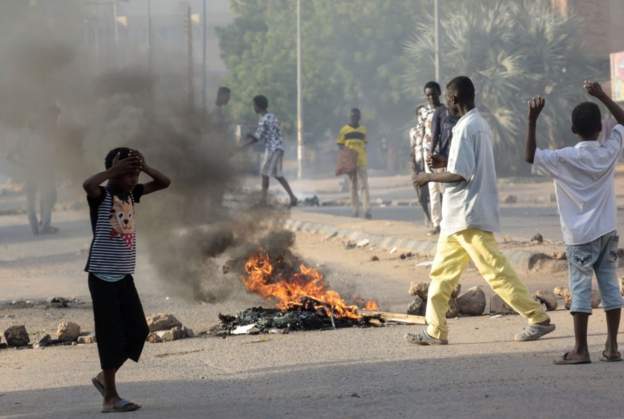 A Sudanese court has sentenced six members of a paramilitary group to death for killing protesters during the 2019 demonstrations over fuel and food shortages.

The shooting of the six protesters, who included four schoolchildren, sparked days of violent protests across Sudan.

The six are sentenced to be hanged, but under Sudanese law they can appeal.

Another RSF member was referred to a juvenile court as he was below 18 at the time of the demonstrations.

One of the accused was acquitted.