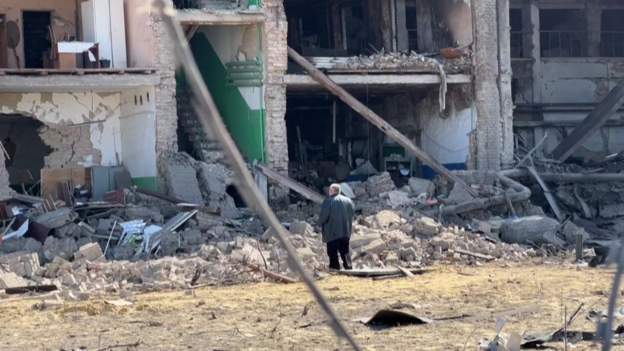 There's more coming in from Kyiv now, where Russia says it's hit a weapons factory on the edge of the Ukrainian capital.

Kirill Kyrylo, 38, a worker at a car repair shop in the city, told Reuters he'd seen three blasts hit an industrial building across the road, causing a blaze that was eventually put out by firefighters.

“The building was on fire and I had to hide behind my car,” he said, pointing to shattered glass and shards of metal that had been scattered from the burning building across the street.

Russia's defence ministry warned on Friday that it would intensify attacks on the capital "in response to any terrorist attacks or sabotage committed by the Kyiv nationalist regime on Russian territory".