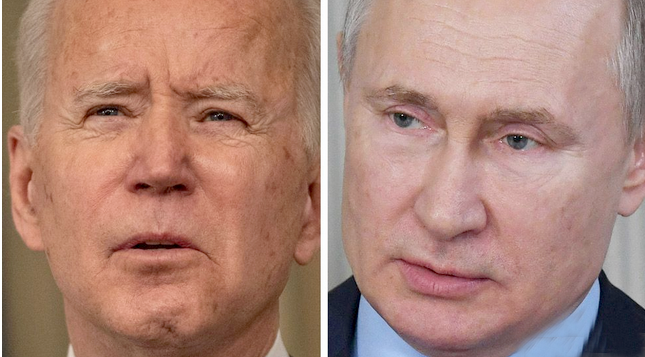 Russian President Vladimir Putin has reacted to stinging criticism from his US counterpart, Joe Biden, by saying, "it takes one to know one".

Mr Biden had told an ABC News interviewer that Mr Putin would "pay the price" for alleged meddling in the 2020 US election. He also confirmed he considered Mr Putin to be "a killer".

In response, Russia called home its ambassador for talks to prevent the "irreversible deterioration" of ties.

The Russian government said Anatoly Antonov had been called back from Washington to Moscow as relations with the US had reached a "blind alley".

Mr Biden had been commenting on an American intelligence report that suggested Mr Putin had authorised an interference campaign in last November's presidential election in the US.

US intelligence says Putin was behind meddling

The report accused Russia of trying to sway the election in favour of former Republican President Donald Trump, who was defeated by Mr Biden, a Democrat.

The US is expected to impose sanctions on Russia as soon as next week over the report's conclusions.

Rejecting Mr Biden's accusations, he used a Russian school playground rhyme, which literally translates as "whoever calls names gets called those names", and equates in English to "it takes one to know one".

"You know I remember in my childhood, when we argued in the playground we used to say, 'it takes one to know one'," he said in comments broadcast on state television.

"And that's not a coincidence, not just a children's saying or joke. It has deep psychological meaning. We always see our own traits in other people and think they are like how we really are. And as a result we evaluate [a person's] actions and give assessments."

Previously, the Russian president has rejected accusations that the Russian state had tried to assassinate opposition politician Alexei Navalny last year with a nerve agent.

Mr Putin's spokesman, Dmitry Peskov, said earlier that the latest US accusations were not backed by evidence and would further harm bilateral ties.