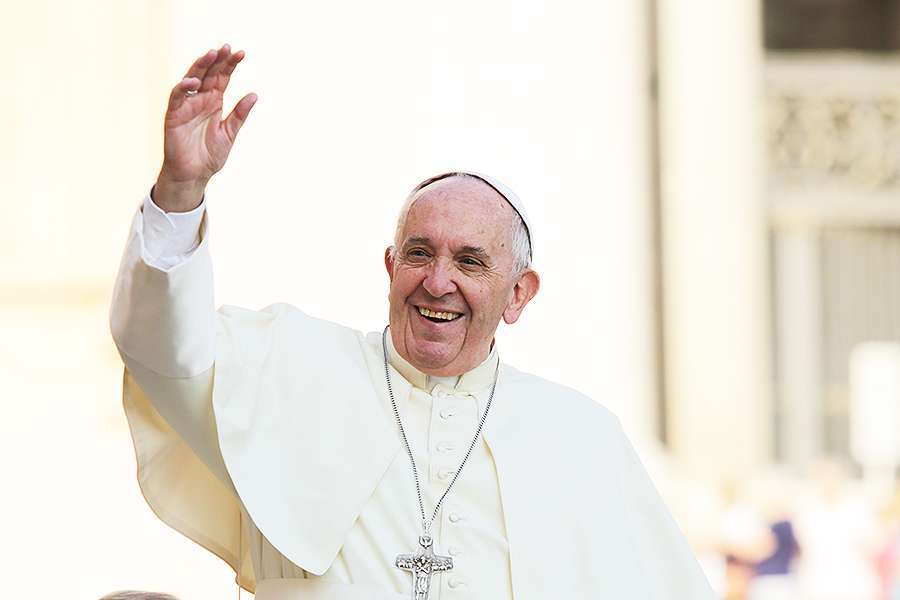 Pope Francis has declared support for civil unions for same-sex couples for the first time, according to the Catholic News Agency.

The Pope made the historic remarks in "Francesco," a new documentary film directed by Russian filmmaker Evgeny Afineevsky, that premiered at the Rome Film Festival on Wednesday.

"Homosexual people have a right to be in a family. They're children of God and have a right to a family. Nobody should be thrown out or be made miserable over it," the Pope said in the film, the Catholic News Agency reported.

"What we have to create is a civil union law. That way they are legally covered," the Pope said.

The film also explores the Pope's work and views in other issues, including climate change, migration and economic equality, according to the film's website. It is set to premiere in North America on Sunday during the SCAD Savannah Film Festival.

Francis has suggested in past interviews that he is not against civil unions, but this is the first time as Pope that he has directly come out in favor of them.

As Archbishop of Buenos Aires, Francis advocated for same-sex civil unions as an alternative when Argentina was discussing whether to legalize same-sex marriage.

Francis' comments differ from his predecessor, Benedict XVI, who made the news when he labeled homosexuality "an intrinsic moral evil."

Jesuit Father James Martin, who has advocated for the church to welcome LGBTQ people, said bishops from many countries, including some in the United States and Poland, who are "violently against" civil unions will have to rethink their positions.

"He's creating a new space for LGBT people ... He's saying it on the record and he's being very clear. It's not simply that he's tolerating it -- he's supporting it," Martin told CNN's Christine Amanpour on Wednesday.

In the US, Bishop Thomas Tobin of Providence, Rhode Island, asked for more clarification, saying the Francis' comments contradict the church's teachings on same-sex unions.

"The Church cannot support the acceptance of objectively immoral relationships," Thomas said in a statement. "Individuals with same-sex attraction are beloved children of God and must have their personal human rights and civil rights recognized and protected by law. However, the legalization of their civil unions, which seek to simulate holy matrimony, is not admissible."

Ed Mechmann, director of public policy for the Archidiocese of New York, described the Pope's comments as a serious mistake that can lead to a lot of confusion.

"In this case, I think we have to recognize that the Holy Father has plainly erred," Mechmann wrote in a blog post. "Catholics cannot promote the legalization of same-sex unions. But we also have to be clear that he isn't changing the teaching of the Church on homosexuality or same-sex unions in any way."