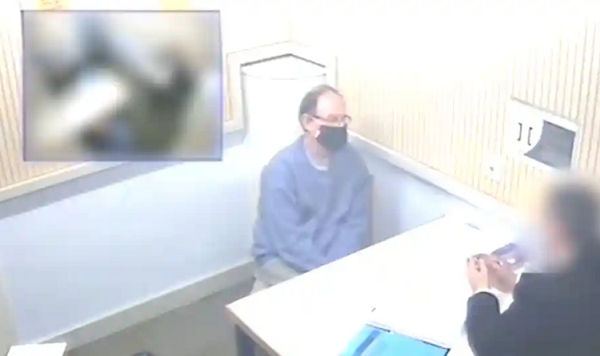 An electrician who admitted murdering two women in 1987 also sexually attacked scores of corpses in a hospital mortuary in the worst offending of its kind in British legal history, prosecutors say.

The 67-year-old changed his pleas on Thursday partway through his trial at Maidstone crown court, which heard that he sexually assaulted the two women after killing them. He had admitted killing both women but originally pleaded not guilty to murder on the grounds of diminished responsibility.

His trial heard that he also sexually assaulted women’s corpses in the mortuaries at Kent and Sussex hospital and Tunbridge Wells hospital while working there.

Police have detected at least 99 potential victims of Fuller, in what is believed to be the worst case of necrophilia in British legal history.

Before his murder trial, he pleaded guilty to 51 other offences, including 44 charges relating to 78 victims identified who were attacked in mortuaries, which he had access to through his work as an electrician. The attacks on the corpses are believed to have been committed between 2008 and November 2020.

In footage released by Kent police of Fuller’s interview with detectives, he says: “I want to admit … I am admitting the offences but I don’t really want to go into detail.”

When Fuller’s home was raided police discovered 4m images of sexual abuse. Most were downloaded from the internet, but Fuller had also recorded himself abusing bodies.

The CPS said Fuller’s necrophilia was unprecedented in British legal history: “Searches of Fuller’s home following his arrest uncovered hard drives concealed in a hide in his home, revealing evidence of prolific sexual offending of a kind no British court has seen before.

“Between 2008 and 2020, Fuller had filmed and photographed himself sexually abusing the bodies of dozens of women and girls at two Tunbridge Wells hospital mortuaries he was able to access through his job as the maintenance supervisor.”

Knell was found dead in her apartment with severe injuries in Guildford Road on 23 June 1987. Pierce was killed five months later, on 24 November, outside her home in Grosvenor Park. Neighbours described hearing screams from her flat on the night in question, the court heard on Monday. She was reported missing, and her body was later discovered in a water-filled dyke at St Mary-in-the-Marsh on 15 December 1987. DNA evidence from both women’s bodies linked Fuller to their killings.

There were reports of “prowler activity” in the lead-up to both women’s deaths, with local people reporting a voyeur looking through their windows.

Fuller was arrested for murder on 3 December last year after new analysis of decades-old DNA evidence, and officers searched his home. There they found images of dead women at the two hospital mortuaries being abused by Fuller, the prosecutor, Duncan Atkinson QC, said on Monday.

Officers then found four hard drives with 5TB of data storage in total attached to the back of a cupboard. “When these hard drives were examined, they were found to contain a library of unimaginable sexual depravity,” Atkinson said.

In a police interview, Fuller admitted to using Facebook to search for photos of the people he abused in the mortuary.

In relation to identifying and naming the files containing images of his offending against dead people, he said he had gone back to name them at a later stage, using the ledgers from the mortuary and identification tags on the bodies, Atkinson said.

He added: “He admitted to searching for them on the internet, including on Facebook. He claimed that this would be after the offending, rather than research before offending.”

Atkinson said these images provided evidence that Fuller committed the acts out of “sexual gratification” and not mental illness.

The home secretary, Priti Patel, said she hoped the victims’ families could “find some solace in seeing justice finally done”. Describing the case as shocking, she added: “The sickening nature of the crimes committed will understandably cause public revulsion and concern.”

Libby Clark, of the CPS, said: “This highly dangerous man has inflicted unimaginable suffering on countless families and he has only admitted his long-held secrets when confronted with overwhelming evidence.

“I have no doubt he would still be offending to this day had it not been for this painstaking investigation and prosecution.”

Sajid Javid, the health secretary, said the NHS had written to all health trusts asking for mortuary access and postmortem activities to be reviewed. An independent review has started at the trust where Fuller worked and the Human Tissue Authority has been asked for advice on whether rules need to be changed.

A date for Fuller’s sentencing has not yet been set.