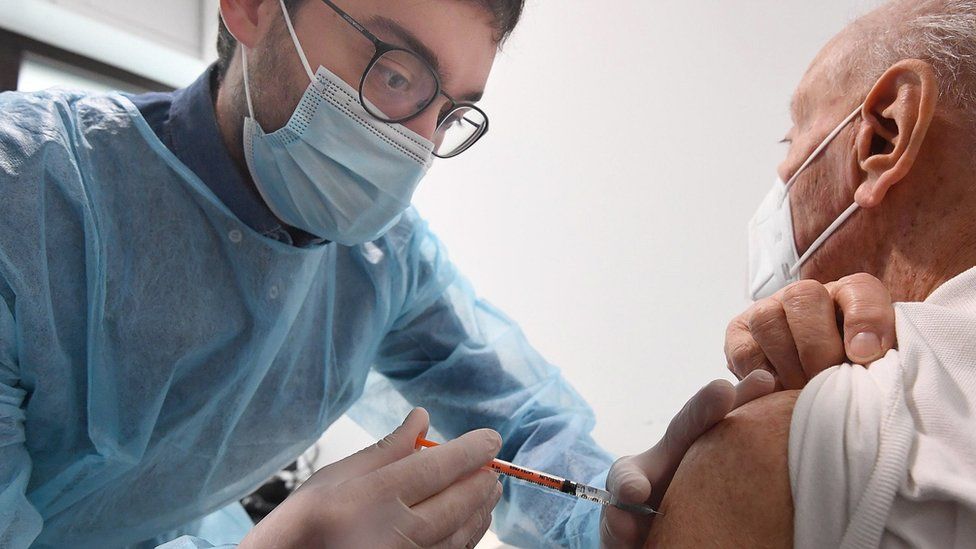 An Italian man who wanted a Covid vaccination certificate without getting the jab turned up for his vaccine with a fake arm, officials say.

The man, in his 50s, arrived for his shot with a silicone mould covering his real arm, hoping it would go unnoticed.

But a nurse was not fooled and the man has now been reported to the police.

The nurse told local media that when she had rolled up his sleeve, she found the skin "rubbery and cold" and the pigment "too light".

After being discovered, the man tried to persuade the nurse to turn a blind eye, la Repubblica reported. But instead she reported him to the police for fraud.

Local police are now investigating the incident in Biella, north-west Italy, and local officials have criticised the man's actions.

"The case borders on the ridiculous, if it were not for the fact we are talking about a gesture of enormous gravity," the head of the Piedmont regional government, Albert Cirio, said in a statement on Facebook.

He said the ploy was "unacceptable faced with the sacrifice that our entire community has paid during the pandemic, in terms of human lives, the social and economic cost".

The man was reportedly a health worker who had been suspended from his job because he had not been vaccinated. The jab is mandatory for all health workers in Italy.

La Repubblica suggests the incident may not have been a one-off, pointing to a message on social media that may have been written by the man.

The Twitter post quoted by the paper featured a silicone male chest half-body suit, complete with fake arms and neck, that was on sale on Amazon for €488 (£416).

"If I go with this, will they notice? Maybe beneath the silicone I'll even put on some extra clothes to avoid the needle reaching my real arm," the Twitter user reportedly wrote.

The incident comes ahead of a tightening of the rules in Italy for those who have not been vaccinated.

Since August, Italians have needed a Covid "green pass" - showing proof of vaccination, a negative test or recovery from the virus - to access train stations, cinemas, restaurants, gyms and swimming pools.

But from Monday, these activities will be restricted to those with a "super green pass", which is only available to those who have been vaccinated or recently recovered from Covid.

Just over 73% of Italians are fully vaccinated against Covid - higher than in France or the UK, but lower than in Spain and Portugal.