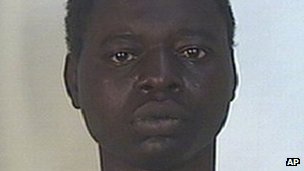 An illegal immigrant has gone on the rampage with a pickaxe in the Italian city of Milan, killing a passer-by and wounding four others, police say.

A suspect has been arrested and named as Mada Kabobo, a 21-year-old Ghanaian.

A 40-year-old man was killed in the attack in a northern suburb of the city. Two of the four people injured are said to be in a critical state.

Correspondents the incident has revived a long-running debate over illegal immigrants in Italy.

Milan is located in Lombardy, where the Northern League party is calling for tougher policies on immigration.

Police say Mr Kabobo was in the country illegally, and had previously been arrested over a variety of alleged offences including theft and robbery.