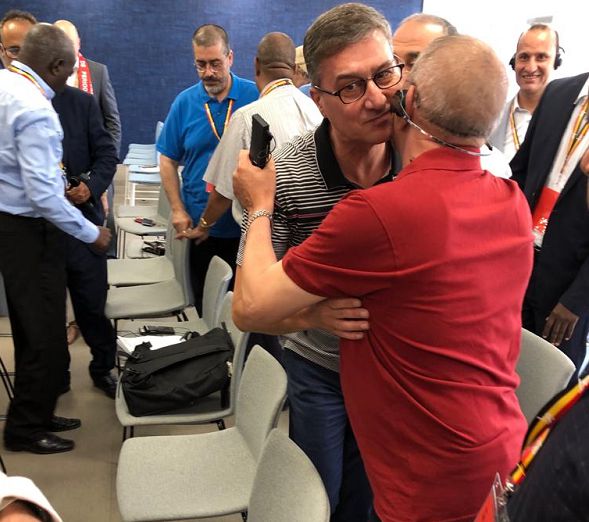 Younes Mjahed of Morocco has been elected as first African President of International Federation of Journalists (IFJ) after over 90 years of the existence of the grouping.

He had 200 votes as against 110 by his main challenger Martin O’ Hanlon from Canada.

The election took place at the ongoing IFJ Congress in Tunis.
Younes Mjahed until his election was the Senior Vice President of IFJ.

He is also the President of the National Press Council in Morocco, the General Secretary of the Moroccan Journalists’ Union’s National and the Vice Chair of the committee on Press Freedoms of the Federation of Arab Journalists.

He was the former vice president of IFJ, a member of IFJ executive committee and a founding member of the Moroccan Organisation of Human Right.

IFJ
The International Federation of Journalists (IFJ) is the world's largest organisation of journalists.

First established as the Fédération Internationale des Journalistes (FIJ) in 1926 in Paris, it was relaunched as the International Organization of Journalists (IOJ) in 1946 but lost its Western members to the Cold War and re-emerged in its present form in 1952 in Brussels.

Today the Federation represents around 600,000 members in 140 countries.