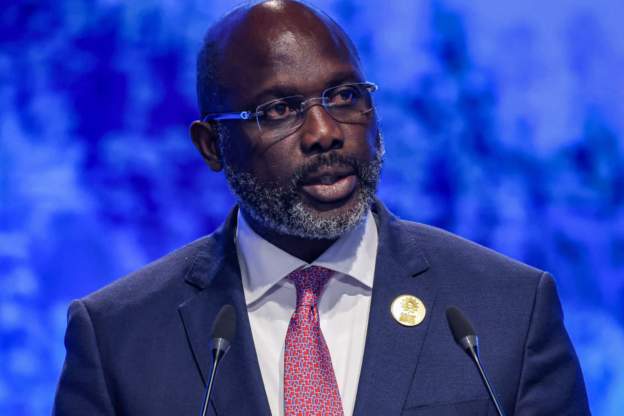 Mr Weah is reportedly planning to watch his son play at the World Cup
30.5k Shares

Liberia’s finance minister has said President George Weah is "entitled" to $2,000 (£1,700) daily allowance during his current controversial overseas trip that includes a stop in Qatar for nine days to watch the Fifa World Cup.

Samuel Tweah did not however disclose the overall budget for the president’s foreign travel, which began two weeks ago.

The minister told Spoon Talk, a widely-monitored online TV show, that the amount Mr Weah is entitled to was the same figure his predecessor received.

Critics, some inside the ruling Congress for Democratic Change party, say awarding Mr Weah such a huge amount a day goes against his promise to reduce public spending in favour of his "pro-poor agenda.

Mr Weah informed the senate two weeks ago that he would be out of the country from 1 to 23 November, including a visit to Qatar from 15 to 23 November.

Local reports say the former footballer plans to watch his son, who was born in America, playing in the US vs Wales match.


The president's communication team has said the foreign trip was already "yielding dividends” for the country.