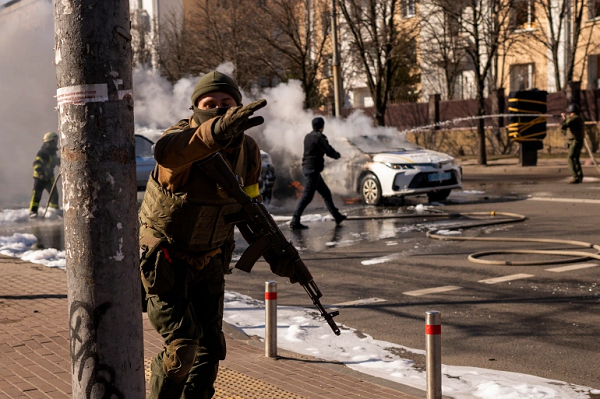 Attacks on Ukrainian civilians in Bucha and Irpin have sent shockwaves through Westminster.

The prime minister called the attacks "despicable" and said they were "yet more evidence that Putin and his army are committing war crimes in Ukraine."

Western leaders are expected to increase sanctions on Russia this week - and have joined in condemnation of reports Ukrainian civilians had been shot dead with their hands tied behind their backs.

The BBC has been told the UK government is expected to announce new sanctions on Russia this week. This week, Polish President Duda and German Chancellor Scholz are visiting Boris Johnson.

No 10 has indicated that the UK government is keen to push EU nations, including Germany, to toughen their stance on Russia's access to the Swift international payment system and use of Russian energy.

Ukraine has called for a full embargo on Russian oil, gas and coal.