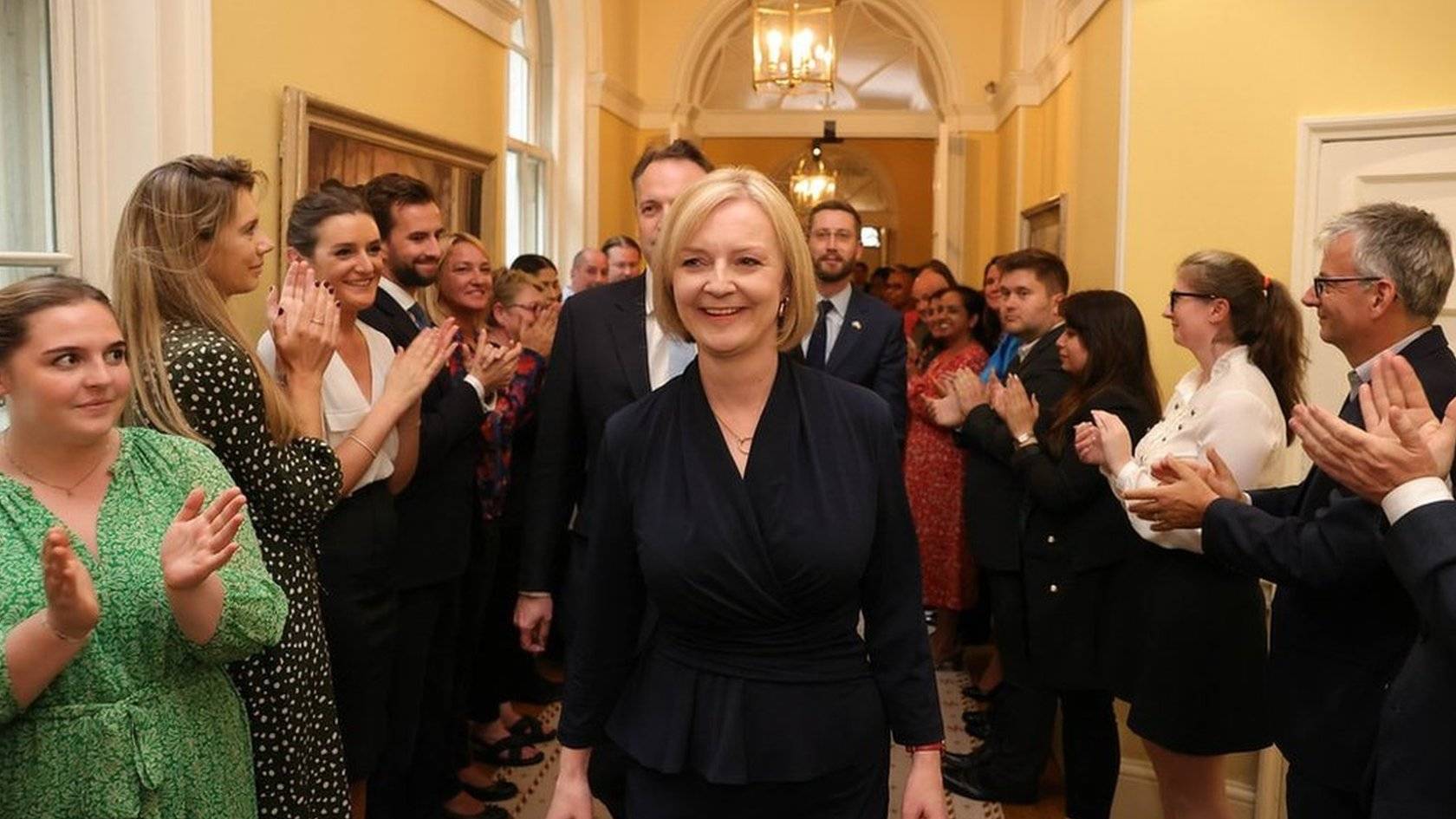 Liz Truss took brutal revenge on Team Rishi tonight by axing a trio of his biggest supporters in the opening moves of her first Cabinet reshuffle.

Dominic Raab tweeted to reveal he had been evicted from his roles as justice secretary and Deputy PM - with Therese Coffey confirmed as taking the latter title along with the health brief.

As Ms Truss shapes her team, Kwasi Kwarteng has been announced as Chancellor and James Cleverly is Foreign Secretary. Suella Braverman takes the other Great Office of State as Home Secretary - meaning for the first time there is no white man in any of the top posts.

Wendy Morton has also been installed as the Tories' first female chief whip, in charge of parliamentary party discipline. Ben Wallace remains Defence Secretary after backing her campaign and Brandon Lewis is made Justice Secretary.

Despite pleas to bring the Tories together, a host of other supporters of the former Chancellor have paid the price. Grant Shapps, Steve Barclay, George Eustice and Shailesh Vara have been ditched as transport secretary, health secretary, environment secretary and Northern Ireland secretary respectively.

Tory chairman Andrew Stephenson and levelling up secretary Greg Clark, who all stayed neutral, also declared they were leaving their posts, while veterans minister Johnny Mercer said he had been 'relieved of my duties'.

Nadhim Zahawi, who ran to be leader before supporting Truss, was sacked as chancellor but remains in the Cabinet as Chancellor of the Duchy of Lancaster and Equalities Minister, while Alok Sharma was re-appointed as Cop26 president.

And Penny Mordaunt, who came close to blocking Ms Truss's run for power, becomes Leader of the Commons.

Meanwhile, at the international level, Ukraine's Volodymyr Zelensky revealed he was the first foreign leader to speak with the newly elected Ms Truss.

He wrote on Twitter: 'I became the 1st foreign leader to have a conversation with the newly elected (British) PM @trussliz. Invited her to (Ukraine). Thanked (British) people for the major defense & economic aid for (Ukraine). It's important that (Britain) is ready to further strengthen it. Attention was paid to security guarantees.'

He added: 'We discussed the participation of (Britain) in the recovery of (Ukraine). Coordinated further pressure on the RF (Russian Federation). The goal is to stop the aggression & bring the perpetrators to justice. It's important to designate the RF a terrorist state. We'll continue active interaction in all formats.'

She took to a podium outside the famous black door after returning to London from the Queen's Balmoral residence in Scotland - where the transfer of power happened.

She warned of a 'vital time for our country' and said she will deal 'hands on with the energy crisis caused by Putin's war' - hinting at the huge bailout expected within days.

The new premier said fixing the NHS and cutting taxes would be her other priorities.

'I'm confident that together we can ride out the storm, we can rebuild our economy and we can become the modern brilliant Britain that I know we can be,' she said.

'This is our vital mission to ensure opportunity and prosperity for all people and future generations. I'm determined to deliver.'

Ministers and MPs had gathered outside as Ms Truss's convoy weaved through the roads of the capital.

But there was confusion as aides took the podium indoors when the weather intervened - only to bring it out again as the heavy shower passed.

Ms Truss seemed to make light of the rain with her reference to the 'storm'.

But she will have little time to celebrate as she moves to appoint her Cabinet and thrash out plans for curbing soaring energy bills.

She is expected to cap the typical household bill at £2,500 a year - with costs further offset by keeping the £400 handout that had already been committed.

That would leave the level only slightly higher than the £1,900 existing cap, and a thousand pounds below the figure it was due to hit next month.

There had been speculation that the policy - estimated to cost between £90billion and £130billion - would be added to future bills.

However, it is now expected to be added to government borrowing - with the markets already upping interest costs as a result.

Boris Johnson - accompanied by wife Carrie - made his own trip to Balmoral for a final 40-minute audience with the Queen. A statement from Buckingham Palace said the monarch had been 'graciously pleased' to accept.

Ms Truss had taken a separate flight north to see the Queen and be asked to form a new government. To add to the drama the plane carrying her and husband Hugh O'Leary was left circling above Aberdeen airport for around 20 minutes due to fog, before finally landing.