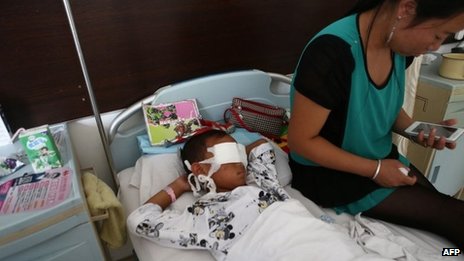 Police in China have offered a reward for information about an attack on a young boy whose eyes were forcibly removed, state media say.

The incident happened in Fenxi, Shanxi province, on 24 August.

The six-year-old boy went out to play and was found several hours later by his parents with his eyes removed.

The boy's parents are said to be farmers. His mother said her son told them he was walking outside when a woman attacked him, state media reported.

Police now say, however, that the corneas were not missing.

"We are sparing no efforts to solve this case," a police officer named Liu told the Associated Press news agency.