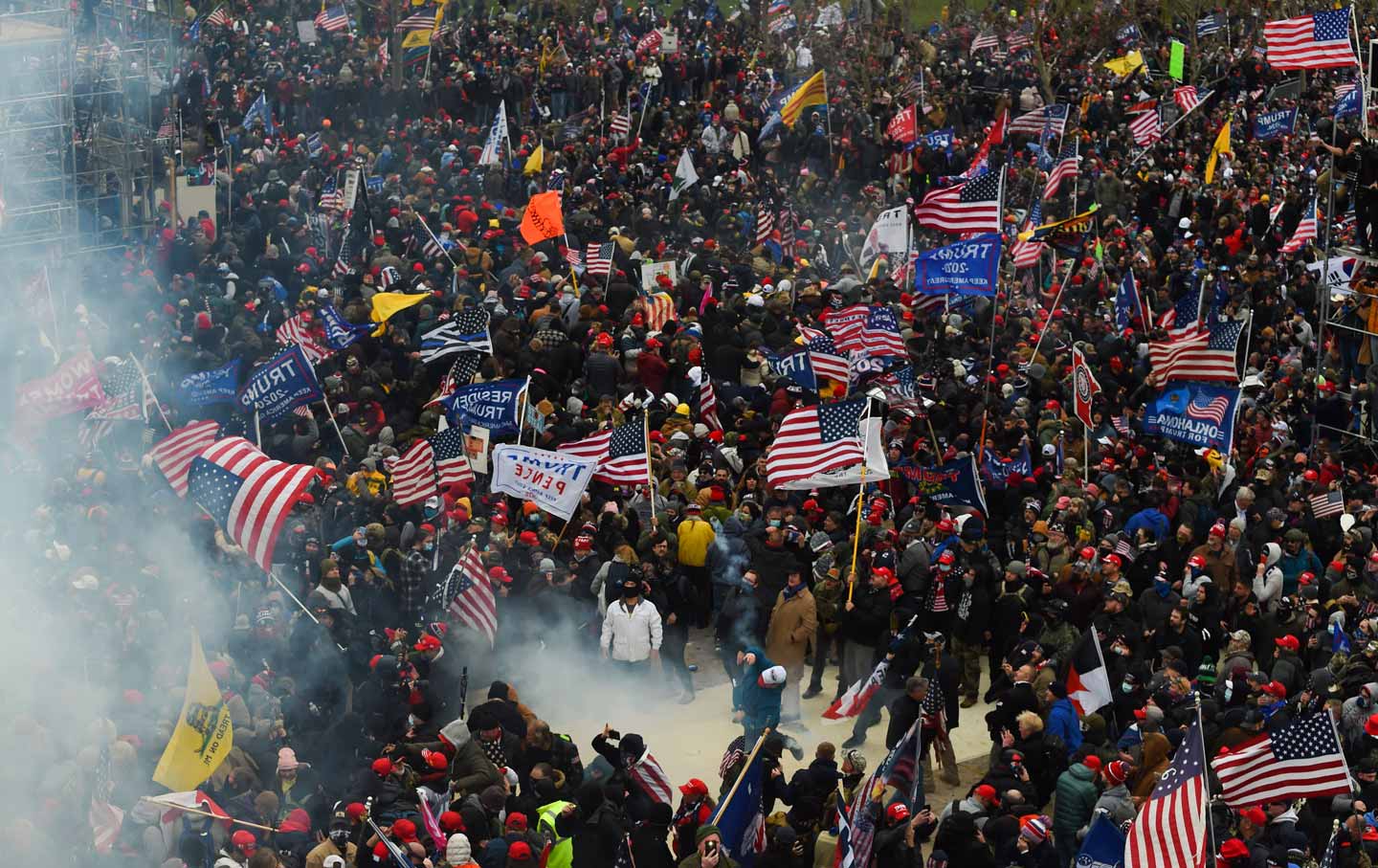 A growing number of lawmakers -- including from Democratic leadership -- are calling for President Donald Trump to be removed from office either through impeachment or the 25th Amendment to the Constitution after a violent mob of Trump supporters stormed the US Capitol on Wednesday.

The calls have come largely from Democrats so far, but at least one congressional Republican has joined in. GOP Rep. Adam Kinzinger of Illinois, a frequent critic of the President, has called for the 25th Amendment to be invoked, saying in a video message on Thursday, "the President must now relinquish control of the executive branch voluntarily or involuntarily."

The top Democrat in the Senate has also embraced the 25th Amendment push.

Senate Democratic leader Chuck Schumer put out a statement Thursday denouncing the "insurrection" at the Capitol "incited by the President," and saying, "This president should not hold office one day longer."

"The quickest and most effective way -- it can be done today -- to remove this president from office would be for the Vice President to immediately invoke the 25th amendment. If the Vice President and the Cabinet refuse to stand up, Congress should reconvene to impeach the president," he said in the statement.

Invoking the 25th Amendment would require Vice President Mike Pence and a majority of the Cabinet to vote to remove Trump from office due to his inability to "discharge the powers and duties of his office" -- an unprecedented step.

Any 25th Amendment push faces an unprecedented steep hill to come to fruition with little time left before Biden's inauguration. The calls in Congress, however, underscore the extent to which lawmakers are reeling and furious with the President in the wake of the devastation at the Capitol on Wednesday.

Sen. Patty Murray, the No. 3 in Senate Democratic leadership, has also said it's time to invoke the 25th Amendment.

"The most immediate way to ensure the President is prevented from causing further harm in coming days is to invoke the 25th Amendment and remove him from office. As history watches, I urge Vice President Pence and the President's cabinet to put country before party and act," she said in a statement.

"Invoking the 25th Amendment is the quickest way to do this, and expedience must be our goal," she said, adding, "If the Vice President and Cabinet fail to act, we have a duty to pursue impeachment."

Other prominent Democrats have urged impeachment in the wake of the mob violence at the Capitol that took place as a joint session of Congress met to count the electoral votes affirming President-elect Joe Biden's win amid false claims from Trump that the election was rigged against him.

Three members of the House Judiciary committee -- Reps. Jamie Raskin, David Cicilline and Ted Lieu -- are circulating to colleagues an impeachment resolution calling Trump's actions an abuse of power. They wrote that Trump violated the Constitution by "willfully inciting violence against the Government of the United States."

All four members of the progressive "squad" of Democratic lawmakers -- Reps. Alexandria Ocasio-Cortez, Ilhan Omar, Rashida Tlaib and Ayanna Pressley -- have also spoken out in support of impeachment in the wake of the violent siege of the Capitol.

"I am drawing up Articles of Impeachment. Donald J. Trump should be impeached by the House of Representatives & removed from office by the United States Senate. We can't allow him to remain in office, it's a matter of preserving our Republic and we need to fulfill our oath," Omar tweeted Wednesday.

"This is on Donald Trump, period. He called folks to D.C. and gave them marching orders. He needs to be impeached and removed immediately," Tlaib tweeted Wednesday.

With Biden's inauguration date fast approaching on January 20, it is highly unlikely that there would be adequate time or political will in Congress for any kind of impeachment effort.

The Democratic-led House of Representatives impeached Trump already in 2019. In order to remove a President from office through impeachment, the Senate must vote to convict after an impeachment trial. That did not happen in the GOP-controlled Senate where Trump was ultimately acquitted.

After the pro-Trump mob was cleared from the Capitol, lawmakers reconvened late in the evening to continue the Electoral vote count. Congress completed the count and finalized Biden's win in the early hours of Thursday morning.