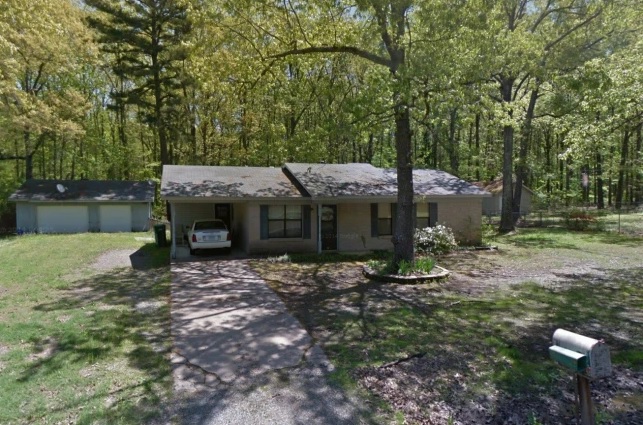 A boy, 8, is believed to have been accidentally shot and killed by his brother, 5, at a home in Arkansas (Picture: Google Maps) Follow @Graphicgh

A five-year-old boy allegedly shot and killed his eight-year-old brother in what is believed to have been an accident.

Several children were in a home with their mother when a gunshot was fired on Thursday afternoon, according to the Jefferson County Sheriff’s Office.

Deputies responded to a 911 call around 2.30pm on the 2700 block of Shannon Valley Road near Pine Bluff in Arkansas and found an unresponsive eight-year-old boy inside the residence.

A county coroner at the scene pronounced the child dead.

Authorities recovered several weapons from the home. Investigators and prosecutors worked to determine if neglect factored in, and whether the weapons were left within the children’s reach.

‘If it is reported that the weapons were secure then how did a five-year old manage to get the weapon in his hand and shoot it and fire off it?’

The shooting is being investigated as an accident, Woods said.

‘This is a tragic incident that could have been avoided. I can’t emphasize strongly enough that guns need to be well secured and kept out of the hands and away from children at all times,’ he stated.

‘Gun owners that do not properly secure their firearms are just one split second away from one of these tragedies happening in their home.’

Family members could be seen outside the home as deputies conducted the ongoing investigation.

The body of the boy has been sent to the state crime lab for an autopsy.

As per state protocols, the Department of Human Services was informed of the shooting and caseworkers evaluated the welfare of the other children in the home.

The five-year-old boy and four other siblings were taken by the agents and will be placed in their aunt’s custody, Woods told The Commercial.