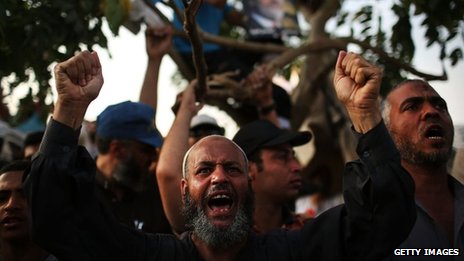 Egypt's army has warned against any attempt to disrupt the country during the current "difficult" situation.

Defence Minister Abdel Fatah al-Sisi said the "future of the nation is too important and sacred for manoeuvres or hindrance".

Supporters of Mr Morsi have been protesting against his ousting.